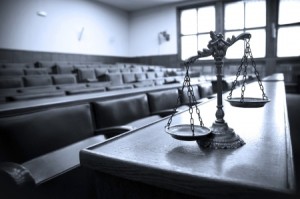 In April, the Appellate Division concluded that municipalities do not have to create records when responding to an OPRA request. The appeals court specifically held that OPRA “does not require the creation of a new government record that does not yet exist at the time of a request, even if the information sought to be included in the new government record is stored or maintained electronically in other government records.”

On June 8, 2013, plaintiff John Paff submitted an OPRA request to the Clerk of Galloway Township, seeking “logs” of all emails sent by the Clerk and the Township’s Chief of Police between June 3 and June 17, 2013. The plaintiff did not request any specific emails; rather, he sought an itemized list showing the sender, recipient, date, and subject of all emails sent by the Clerk and Chief of Police during the designated period of time. Based on her own personal understanding of OPRA, legal advice provided by the Township’s attorney, and information provided to her by the Government Records Council (GRC) on July 8, 2013, the Clerk sent an email to plaintiff denying his request.

On August 19, 2013, plaintiff filed a verified complaint and order to show cause, seeking to compel defendants to create and provide the requested lists of emails pursuant to OPRA and the common law right of access to public records. In response to the suit, the Clerk acknowledged that the Township had an informal policy of creating email logs in response to specific OPRA requests, but “never made, maintained or kept on file” absent a specific request for them, and were produced irrespective of whether OPRA required their production.

At the end of 2012, due to the “volume of legitimate OPRA requests and the significant Township resources required to appropriately respond to these requests,” the Township discontinued the informal log-creation policy, and the Clerk began the practice of only responding to records requests which meet the specific requirements of the OPRA statute. Prior to discontinuing the informal log practice, the Clerk consulted with the GRC to verify that the decision would not conflict with OPRA. The GRC advised that “a [records] custodian is not required to create new records in response to an OPRA request.”

The trial court ordered the defendants to provide the logs of emails. The judge concluded that a list of “sender/receiver/date/time of emails” sent by the Clerk and the Chief of Police between June 3 and 17, 2013, was a public record, analogous to a library’s card catalogue, and that the preparation of the list required little effort.

The Appellate Division reversed. It concluded that granting plaintiff’s OPRA request would require the Township to create a new record that did not otherwise exist. As explained in the opinion:

The Township’s computers store the emails, which are government records, but the Township has never created an email database for the use of Township personnel. Unlike a library’s card catalogue, the email logs requested here never existed prior to plaintiff’s OPRA request. While a computer may be able to create an email log quickly, it is still creating a new government record, which is not required under OPRA…

The appeals court further concluded that any extension of OPRA should come from the New Jersey Legislature. As stated by the panel:

We will continue to closely follow this case. Please stay tuned for updates.