Gov. Chris Christie recently signed legislation that will require the Port Authority of New York and New Jersey to comply with the Open Public Records Act (OPRA) in New Jersey and the Freedom of Information Law (FOIL) in New York. While the two laws share many similarities, there are a few key distinctions. 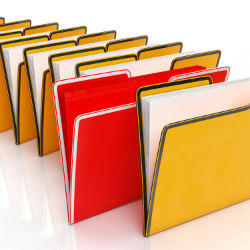 FOIL is also based on a presumption of access, stating that all records are accessible, unless they fall under one of the law’s enumerated exemptions. As stated in the legislative declaration of FOIL, “Government is the public’s business and that the public, individually and collectively and represented by a free press, should have access to the records of government in accordance with the provisions of this article.”

Both states broadly define public records. New Jersey defines “public records” as “any paper, written or printed, book, document, drawing, map, plan, photograph, microfilm, data processed or image processed document, information stored or maintained electronically or by sound-recording or in a similar device, or any copy thereof, that has been made, maintained or kept on file” by a public agency in the course of its official business. Meanwhile, New York’s law expansively defines “record” as “any information kept, held, filed, produced or reproduced by, with or for an agency… in any physical form whatsoever…”

Pursuant to FOIL, an “agency” is “any state or municipal department, board, bureau, division, commission, committee, public authority, public corporation, council, office or other governmental entity performing a governmental or proprietary function for the state or any one or more municipalities thereof, except the judiciary or the state legislature.” The New York state legislature is explicitly exempted from the definition of agency; however, Section 88 of the statute provides access to certain enumerated legislative records.

Each public records law contains numerous exemptions. New Jersey currently has 24 exemptions, while New York has 10. Under both OPRA and FOIL, agencies may deny access to records that are specifically exempted from disclosure by state or federal statute, trade secrets, confidential records would constitute an unwarranted invasion of personal privacy, and documents that may compromise the security of both people and technology. Although the statutory language differs, New Jersey and New York also exempt records related to criminal investigations as well as inter-agency or intra-agency documents used in the deliberative process.

Under OPRA, a public agency has up to seven days to respond to an OPRA records request. New York entities have slightly less time — five days — to respond to FOIL requests. While both states allow for extensions, the failure to comply with the specified timeframes is considered a denial of the request. When records custodians deny a request, both public records laws require it to be done in writing and allow the requestor to appeal the decision in court.

Neither state allows public records holders to impose a search fee. Everything is more expensive in New York, and public records are no exception. Under FOIL, the fee for copies may not to exceed $0.25 per photocopy, if the copies are on paper that is 9×14 inches in dimension or less. Pursuant to OPRA amendments enacted in 2010, the fee for copies is $0.05 per letter size page or smaller, and $0.07 per legal size page or larger, unless the public agency can demonstrate that its actual costs exceed those rates.

Each state has created a distinct agency for overseeing their public records law. In New Jersey, the Government Records Council is tasked with administering OPRA, while the New York Committee on Open Government is charged with overseeing FOIL.

For more information about the new public records legislation or the legal issues involved, we encourage you to contact a member of Scarinci Hollenbeck’s Government Law Group