The Appellate Division of the New Jersey Superior Court recently addressed when public employees can be required to forfeit their pensions due to dishonorable service. In Hollander v. Bd. of Trustees of the Police & Firemen’s Ret. Sys., the appeals court held that a former corrections officer should not be forced to forfeit her entire pension after providing prohibited items to an inmate at the end of her 25-year career, which was otherwise unblemished. 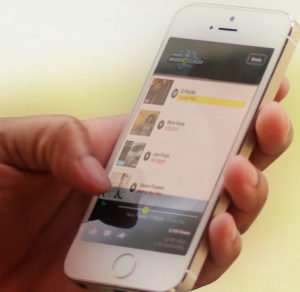 Pursuant to N.J.S.A. 43:1-3(a), the receipt of a public pension is “expressly conditioned upon the rendering of honorable service by a public officer or employee.” The Board of Trustees of the Police and Firemen’s Retirement System may “order the forfeiture of all or part of . . . [a] pension . . . for misconduct occurring during the member’s public service which renders the member’s service or part thereof dishonorable.”

N.J.S.A. 43:1-3(c) sets forth the factors that must be considered when determining if a forfeiture of a public pension is warranted and, if so, whether it should be full or partial. The eleven factors are:

(1) the member’s length of service; (2) the basis for retirement; (3) the extent to which the member’s pension has vested; (4) the duties of the particular member; (5) the member’s public employment history and record covered under the retirement system; (6) any other public employment or service; (7) the nature of the misconduct or crime, including the gravity or substantiality of the offense, whether it was a single or multiple offense and whether it was continuing or isolated; (8) the relationship between the misconduct and the member’s public duties; (9) the quality of moral turpitude or the degree of guilt or culpability, including the member’s motives and reasons, personal gain and similar considerations; (10) the availability and adequacy of other penal sanctions; and (11) other personal circumstances relating to the member which bear upon the justness of forfeiture.

Susan Hollander was enrolled into the Police and Firemen’s Retirement System (PFRS) when she was hired as a corrections officer by the New Jersey Department of Corrections (DOC) in 1984. Shortly before her retirement, Hollander was found to have provided a cellphone to an inmate with whom she had become friendly. The subsequent investigation also revealed that she had also provided the inmate with beauty products and money orders totaling $250 to help her appeal a conviction.

Hollander pled guilty to third-degree providing a communications device to a confined person and served several months in jail. The Board subsequently found Hollander had to forfeit her entire PFRS service and salary credit because of her conviction. It concluded there was a direct relationship between the misconduct and petitioner’s employment, and that her misconduct reflected a “high degree” of moral turpitude.

The petitioner requested a fair hearing, and the matter was transferred to the Office of Administrative Law. In reaching his decision, the ALJ noted that Hollander’s record was spotless for over twenty-five years until she had a lapse in judgment and gave the inmate a cell phone. He also concluded that, although it was not until 2009 when petitioner engaged in the conduct that resulted in the conviction, petitioner’s relationship with the inmate began in 2006. Accordingly, the judge reasoned that the forfeiture of three years of petitioner’s pension credit was justified.

The Board rejected the ALJ’s initial decision and found its previous decision to forfeit petitioner’s entire pension was warranted. Hollander appealed, arguing that the Board’s decision was arbitrary, capricious, and unreasonable.

The appeals court vacated the board’s decision and reinstated the initial decision of the ALJ. “[I]n our view, the Board’s assessment of her actions and the remedy it deems appropriate – a total forfeiture of petitioner’s pension benefits — is far too harsh a remedy under the circumstances,” the court held.

In reaching its decision, the court noted that while inappropriate, providing the inmate with a gift of $250 and beauty supplies, were minor infractions and did not violate any criminal laws. With regard to providing the inmate with the cell phone, the panel acknowledged that it was a serious offense. However, the court highlighted that Hollander testified that she regretted doing it almost immediately and was attempting to get it back when it was ultimately discovered by prison officials.

The court noted that there were mitigating factors present that influenced Hollander’s judgment, most notably that she was suffering from depression related to her mother’s illness. It also highlighted that the petitioner had “otherwise been a devoted employee who, for twenty-five years, tenaciously adhered to the law and prison rules and regulations.” Also, the court found that the penal sanctions imposed upon her more than adequately punished her for her conduct.

The appeals court found that the board erred in concluding that giving the phone was more than an isolated act because of the planning involved. It also found that the board’s statement that Hollander risked the security of other officers and inmates in an escalating manner was not supported by the record.