New Jersey lawmakers are currently considering a bill that would coordinate the threshold dollar amounts under the state’s local public contract bid, pay to play, and prevailing wage laws. The legislation aims to make it easier for small, local businesses to contract with New Jersey municipalities and counties. 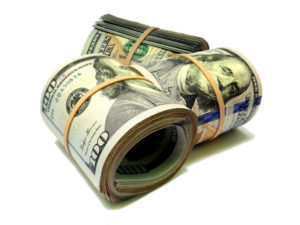 Under current law, the governing bodies of counties, municipalities, and other contracting units subject to the Local Public Contracts Law (LPCL) may authorize a purchasing agent or other employee to award contracts below a certain dollar amount without public advertising for bids. The bid thresholds under the LPCL are adjusted by the Department of Treasury every five years. As of 2015, the minimum bid threshold is $40,000 for entities which are subject to the LPCL whose purchasing agents possess a Qualified Purchasing Agent (QPA) certificate awarded by the DLGS. Accordingly, the quote threshold for local units with QPAs is $6,000.

Currently, the threshold dollar amounts set under New Jersey’s Prevailing Wage Law and Pay to Play Law are lower than the bid threshold amounts authorized under the LPCL. New Jersey’s pay to play laws require contracts above $17,500 to be awarded pursuant to a fair and open process. The New Jersey Prevailing Wage Act stipulates the payment of prevailing wage rates for workers on construction projects that are subsidized by public funds of over $2,000, in the case of counties, and an amount over $ $15,444, in the case of municipalities.

Neither statute has a mechanism for adjusting the thresholds. Consequently, circumstances often arise where a municipality could solicit quotes for a specific good or service, but because of the $17,500 Pay-to-Play threshold, the governing body must take formal action in compliance with the law. Similarly, because the Prevailing Wage Act is not linked with the LPCL, a project under the bid threshold, but more than $15,444, must comply with the Prevailing Wage Act, including the law’s reporting requirements.

In response, Senate Bill No. 728 applies the local public contract bid threshold amounts to the Pay to Play and Prevailing Wage Laws. If approved, it would take effect immediately upon enactment. We will be closely tracking the status of the bill and will provide updates as they become available.