The Appellate Division recently upheld a decision by the Board of Public Utilities (BPU) to reject an application to build a wind farm off the coast of New Jersey. The case is In re Petition of Fishermen’s Atlantic City Windfarm LLC.

In 2010, Gov. Chris Christie signed the Offshore Wind Economic Development Act (OWEDA) into law with the goal of promoting the creation of wind farms off the coast of New Jersey. Among other things, the law established a program to issue offshore Renewable Energy Certificates (“OREC’s”) and made financial assistance and tax credits available for businesses participating in qualified offshore wind projects. 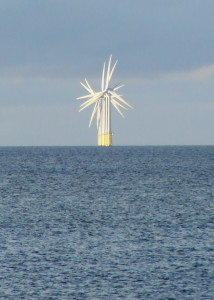 OWEDA authorizes the BPU to “review and approve, conditionally approve, or deny an application submitted” for an offshore wind energy project. The statute (N.J.S.A. 48:3-87.1(b)) also sets forth the factors that the BPU must consider in reviewing an application. Most notably, a proposed project must show “positive economic and environmental net benefits to the State.” In addition, an applicant must demonstrate “financial integrity,” as well as “sufficient access to capital” to complete the project. OWEDA also requires that a BPU order approving a project include terms aimed at insulating ratepayers from costs and risks associated with the project.

Fishermen’s Atlantic City Windfarm, LLC (FACW) filed an application under the OWEDA for approval of a wind energy project with six turbines that would be subsidized by the State’s ratepayers. The BPU rejected the application for several reasons, including concerns about the project’s economic and technological viability, the availability of certain subsidies, the cost of the electricity it would produce, the value of the OREC’s, and whether under the statutory standard the project would produce a net benefit to the State. FACW appealed.

The Appellate Division affirmed BPU’s denial of the wind farm application. As stated by the panel, “We cannot conclude that the Board’s decision was arbitrary or unsupported by evidence.”

In reaching its decision, the appeals court highlighted that the expert reports and other testimony contained “conflicting views about the viability of FACW’s proposed wind farm project and the wisdom of approving it”. It specifically noted that the BPU found that FACW had not established the financial viability of the project, the financial integrity of its business partners, and that the costs of the project were outweighed by its benefits.

Finally, the court also rejected FACW’s argument that the BPU was not authorized to consider VACW’s financial integrity apart from its fiscal ability to complete construction of the proposed project. As the Appellate Division explains, OWEDA requires consideration of the applicant’s financial integrity “and” its financial ability to complete construction of the project, which is a broad standard. Accordingly, it found “nothing unreasonable in the BPU’s continuing concern with the lack of reliable, understandable accounting information about XEMC, which was to supply the financing and would be a major project shareholder.”