A New Jersey district judge recently dismissed part of a lawsuit filed by the Borough of Paulsboro in the wake of a 2012 train derailment and subsequent chemical spill. The federal court held, on a motion to dismiss under FRCP 12(b) (6), that the borough had failed to plead facts sufficient to establish a plausible claim that it was entitled to collect damages for the reduction in property taxes that resulted from the stigma of being home to an environmental incident. 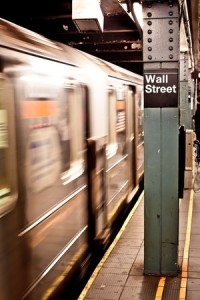 The lawsuit stems from a derailed freight train that plunged into the Mantua Creek in Paulsboro, New Jersey. The train was transporting vinyl chloride and released its cargo into the air and water when it fell into the creek. In their complaint, the Paulsboro Public Schools (PPS) and the Borough of Paulsboro (Borough) alleged that Consolidated Rail Corporation Norfolk Southern Railway Company and CSX Transportation acted negligently in their operation of the freight train and maintenance of the bridge.

With regard to damages, the plaintiffs maintained, in part, that the “closure of the schools, a cessation of and interruption of curriculum, and later absenteeism” amounted to a loss of six days of curricular instruction valued at approximately $134,223 per day. The complaint further alleged the defendants’’ negligence caused a reduction in the property taxes that PPS and the Borough rely upon. The Borough specifically cited the media depiction of the derailment and the release of hazardous substances into the community, alleging that the “adverse publicity” has created a “stigma” that has caused a “loss of assessed property values and/or a deceleration of the rate increase of assessed values” that reduces their potential tax revenues.

While the district allowed the PPS to pursue damages for its losses arising out of the school closures, attributed to the chemical spill, it dismissed the Borough’s stigma claim. According to U.S. District Judge Robert Kugler, the Borough was required to plead that any stigma arose out of actual property damage in order to sustain a claim under New Jersey law.

Plaintiffs do not allege that the chemical spill physically contaminated any land in the Borough. They do not allege that individuals and businesses abandoned their properties or took their businesses elsewhere as a result of the spill. They do not even allege that any prospective individuals or businesses have actually decided not to come to Paulsboro because of the derailment or even as a result of the media’s depiction of the derailment. In short, Plaintiffs allege no facts plausibly supporting an inference that Defendants knew or should have known that media coverage of the derailment would reduce the value of real estate not actually contaminated with vinyl chloride.

Judge Kugler further noted, that as plead by Plaintiffs, the stigma was caused not by the Defendant’s actions but rather by the intervening cause of the media coverage of the events.