Glenn Katon filed an OPRA request with the OAG on behalf of the group Muslims Advocates. The request was prompted by a press release by then-Attorney General Jeffrey Chiesa that addressed the NYPD’s surveillance activities in New Jersey. The press statement indicated that the OAG had reached an agreement with the NYPD concerning its counter-terrorism investigative activities in New Jersey; created formalized notification protocols for New Jersey law enforcement agencies to follow when they learn of law enforcement activity being conducted by out-of-state police agencies; and established a Muslim outreach committee. 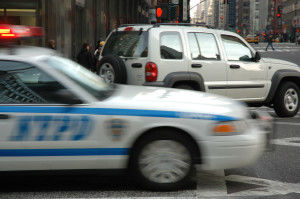 Accordingly, the OPRA request sought six categories of records regarding: (1) the fact-finding review, (2)-(3) the determination of the legality of the NYPD’s activities, (4) the agreement with the NYPD, (5) the formalized notification protocols, and (6) the Muslim outreach committee. After not receiving a response to his requests, Katon filed a “Denial of Access Complaint” with the GRC. Thereafter, the OAG did respond, asserting that that requests (1), (2), and (3) sought non-existent or privileged records. Without reviewing any records, the GRC’s Executive Director issued “Findings and Recommendations” that the OAG had not unlawfully denied access to responsive records. These “Findings and Recommendations” were ultimately adopted by the GRC as its final administrative determination. Katon appealed.

The Appeals Court vacated the decision and remanded the matter back to the GRC because the “record is inadequate to resolve the issues raised.”

In its decision, the Appellate Division raised several instances in which it found the OAG’s “partial” responses to the OPRA request raise the possibility that responsive documents may not have been produced. It specifically cited 579 pages in the files of a Special Assistant to the Attorney General (SAAG) and 31 pages in the files of a Deputy Attorney General (DAG), which the agency acknowledged were “collected” and “created,” and which “pertain[ed] to issues surrounding intelligence gathering by the [NYPD] in New Jersey.”

According to the court, “These 610 pages appear to fall within the scope of request (1). Nonetheless, the GRC simply accepted the Custodian’s partially-responsive answer that there were no responsive documents. In these circumstances, it was ‘inconsistent with the GRC’s responsibilities’ to accept the Custodian’s largely unresponsive, ‘blanket and conclusionary assertion.’”

In further support of its holding, the appeals court highlighted that the OAG’s record custodian cited the security-surveillance exemption but failed to expressly allege that any records collected or created by the OAG fell within the exemptions. The court also criticized the GRC for upholding the claim of exemption simply “because the Custodian certified that no responsive records exist.”

The court also raised concerns that the OAG’s sworn Statement and index listed only responsive documents that were not confidential. Moreover, it did not provide a description of the confidential documents, and did not particularize the privilege claim for each document. “Instead, he simply stated he was withholding more than 600 pages and asserting four privileges. His failure to relate each privilege to particular documents is particularly worrisome as the GRC did not consider three of the asserted privileges, and thus it is possible that some of the documents may not in fact be privileged,” the court held.