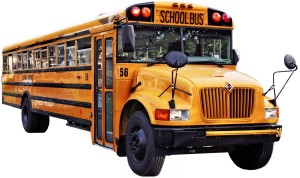 The municipal public question stated as follows: “Shall the Board of Education of the City of Orange Township be changed from a board that is appointed by the Mayor, to a board that is elected by the residents of Orange, effective immediately, with the first school board election to be held during the November 2017 general election[?]”

The accompanying interpretive statement read: “Presently the Mayor appoints members to serve on the City’s Board of Education.  If changed to a board of elected members, the residents will have more control over who serves on the board of education.”

Orange residents overwhelmingly voted to switch from a Type I school district to a Type II school district. On March 28, 2017, a special school board election took place, which added two new members. In response, the City of Orange Township Board of Education (Plaintiff or Board of Education) filed a verified complaint and order to show cause to restrain the Essex County Board of Elections (County Board) from certifying the results of the City of Orange Township’s March 28, 2017, special school board election and to restrain the City Council from taking action in furtherance of the November 8, 2016, referendum.

The Board of Education alleged that the public question and interpretive statement that appeared on the City’s November 8, 2016, ballot were misleading and contrary to N.J.S.A. 19:3-6. Specifically, the question and interpretive statement failed to inform City residents that the “school district would change from a Type I to a Type II district, that the Board of School Estimate would be eliminated, that future bonding for capital projects would have to be approved by public referendum, that future bonding for capital projects would be based on the credit of the district as opposed to the City, that the size of the Board of Education would increase from seven members to nine, and that the first election of members of the Board of Education would take place in March 2017.”

The Appellate Division granted the Board of Education’s request for injunctive relief. It first concluded that the injunction was necessary to prevent irreparable harm, agreeing that residents had their constitutional rights infringed upon by not being properly informed about the financial ramifications of switching from a Type I to Title II district. It also noted that the flawed referendum jeopardized a bond needed for school improvements.

With regard to the Board of Education’s likelihood of success, the Appellate Division held that the law is clear that N.J.S.A. 19:3-6 requires that the true purpose of the municipal public question be expressed.  It further concluded that the referendum did not provide sufficient information to enable voters to possess a basic working knowledge of the weight their vote carries. As the panel explained:

The municipal public question does not reveal anything beyond the fact that the City would be changing from an appointed board of education to an elected board of education.  If voters wanted some clarity or further explanation on what changing from an appointed district to an elected district meant, they were disappointed when they read the interpretive statement.  The interpretive statement was a regurgitation of the municipal public question, and, as such, is deficient under Camden.  Voters were essentially told what everyone already knows:  with an election comes more control.  The real question is what that control is over.  This is precisely what was withheld from the voters on November 8, 2016.

In balancing the hardships, the court also sided with the Board of Education. It rejected the argument that issuing an injunction would “undercut” the will of the voters. “[T]he true will of the City’s citizens can only be known if the citizens were told, as they are required to be so told under N.J.S.A. 19:3-6, of the true purpose of the municipal public question and what their vote on that question really means,” the court held.