In Hanover Floral Co. v. East Hanover Township, the Tax Court of New Jersey held that a taxpayer’s payment of taxes on a lot that it did not actually own was a “mistake” under N.J.S.A. 54:4-54. Accordingly, the taxpayer was entitled to a refund. 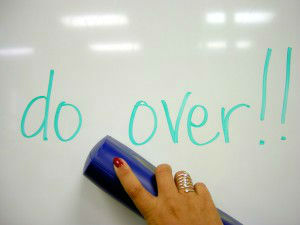 The plaintiff, Hanover Floral Co., is a family-owned business that has been operating in East Hanover Township since 1928. Deerfield Developers, LLC (Deerfield), a non-party to the present action, applied to the East Hanover Planning Board (Planning Board) for a preliminary major subdivision known as Ridgedale Estates to be developed on property adjacent to Hanover Floral. Deerfield entered into a Developer’s Agreement with the Township in or about 1999 in connection with the development of Ridgedale Estates on Block 96 Lots 99 through 102 as shown on the Official Tax Map of the Township. As part of the Ridgedale Estates development, a certain lot designated as Lot 100 would be dedicated and conveyed to the Township when the development was completed.

Hanover Floral, located next to the proposed Ridgedale Estates development on Block 96 Lot 98, used part of the adjoining Lot 100 for more than thirty years. On or about June 25, 1999, Hanover Floral filed an adverse possession claim against Deerfield claiming a portion of said Lot 100. Working with Township officials, the parties settled the action by subdividing Lot 100 into two parcels: (1) the contested portion of Lot 100, which would be conveyed to Hanover Floral; and (2) the balance of Lot 100, which would remain dedicated to the Township for draining and conservation purposes as part of the Ridgedale Estates development to be constructed.

When Hanover Floral applied for a loan in 2011, the title company flagged a discrepancy, noting that while the Township was billing Hanover Floral for taxes on Lot 100, it appeared that Deerfield owned that lot. Hanover Floral’s attorney promptly notified the Township’s Tax Assessor, who admitted that a mistake had been made. On or about December 28, 2012, Hanover Floral filed the present litigation to obtain a refund under N.J.S.A. 54:4-54. The statute states, in relevant part: “[w]here one person has by mistake paid the tax on the property of another supposing it to be his own, the governing body may return the money paid in error without interest and restore the record of the assessment without interest.”

The Developer’s Agreement required Deerfield to convey Lot 100 to the Township after Deerfield made improvements to the property. On or about June 9, 2015, Lot 100 was dedicated to the Township, and it became the legal owner of present Lot 100. On February 8, 2016, the Township adopted Resolution No. 46-2016 cancelling the outstanding taxes on Lot 100.

The Court concluded that a refund was required because Hanover Floral paid taxes on the property of another by “mistake,” as defined by N.J.S.A. 54:4-54. In reaching its decision, the court highlighted that Hanover Floral unknowingly paid taxes on property owned by Deerfield and contacted the Township to have the matter corrected as soon as it discovered the error.

In so ruling, the court rejected the Township’s argument that the facts of the case were similar to the facts in JC Trapper, LLC v. City of Jersey City, where the Tax Court denied relief to a Taxpayer under N.J.S.A. 54:4-54. In JC Trapper, the Court identified two instances where a “mistake” could occur under N.J.S.A. 54:4-54: (1) “the Taxpayer is unaware that an assessment on property of another is included in the assessment on the Taxpayer’s property or (2) the Taxpayer lacks knowledge of facts providing a plausible basis for disputing the Taxpayer’s ownership of the property subject to tax.”

According to the court, “the facts in JC Trapper are not similar to the facts presented here, and, the court’s discussion of the statute and the criteria for what constitutes a ‘mistake’ therein, does not weaken Hanover Floral’s position.” As it further explained:

The Tax Court next determined that the Township was required to return payments made by Hanover Floral during the last two quarters of 2013 and part of 2014 under general equity principles. “Prior to making payments, Hanover Floral advised the Township in writing that Hanover Floral did not own Lot 100 and was not obligated to pay taxes for the property. Nevertheless, the Township continued to threaten to publish Hanover Floral’s name in the local paper as a tax delinquent,” the court wrote. “Understandably, Hanover Floral felt it had no choice but to make payments to avoid damage to its reputation.”

Citing Cerame v. Township Committee of Middletown , 349 N.J. Super. 486 (App. Div. 2002), the court further held that it was only authorized to order the Township to refund all taxes erroneously paid by Hanover Floral from 2009 onward due to a three-year statute of limitations. However, the court did note that it disagreed with the Appellate Division’s decision that N.J.S.A. 54:4-54 and N.J.S.A. 54:51A-7 must be read together, “[s]ince both correction-of-errors statutes are intended to correct the same wrongs,” and therefore a suit for “the correction of mistakes in real estate tax assessment, whether filed in the Law Division under N.J.S.A. 54:4-54 or in the Tax Court under N.J.S.A. 54:51A-7, is governed by the three-year limitations period contained in the latter statute.”

For more information about the court’s decision in Hanover Floral Co. v. East Hanover Township or the legal issues involved, we encourage you to contact a member of Scarinci Hollenbeck’s Government Law Group.