The Appellate Division recently ruled against a plaintiff attempting to anonymously pursue a complaint under the New Jersey Open Public Records Act (OPRA) in Superior Court. According to the court’s decision in A.A. v. Gramiccioni, there is no statutory authorization, rule authorization or compelling reason authorizing the plaintiff to prosecute the matter anonymously. 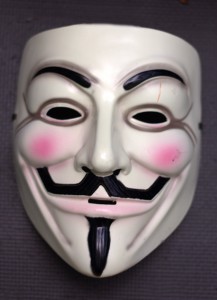 Plaintiff A.A., through his attorney, made an OPRA request to the Monmouth County Prosecutor’s Office for records relating to the investigation of a municipal employee who allegedly stole an electric generator from the Township of Middletown. The Prosecutor denied the request, and A.A. filed a complaint in lieu of prerogative writs in the Superior Court, anonymously, alleging a violation of OPRA as well as the common law right of access.

The Defendants sought to dismiss the complaint pursuant to Rule 4:26-1 for A.A.’s failure to prosecute in the name of the real party in interest. The trial court dismissed the complaint. It concluded that although OPRA permits a person to request records anonymously, and that the Government Records Council (GRC) accepts and decides OPRA appeals that are filed anonymously, there is no rule or statute authorizing the filing of an anonymous complaint in the Superior Court.

The Appellate Division also rejected the public policy arguments raised by the plaintiff regarding a person’s right to prosecute an action in the Superior Court anonymously. “Even assuming that OPRA permits an anonymous request to a custodian or the GRC, OPRA does not authorize an anonymous filing in the Superior Court. Unlike other statutes, where the Legislature has expressly permitted litigants in certain types of matters to proceed anonymously, the Legislature has not granted that right to OPRA requestors,” the Appellate Division stated.

As the Appellate Division highlighted, in the absence of a Statute or Court Rule mandating anonymity in court proceedings, a litigant must show good cause to proceed anonymously or by pseudonym. In this case, the panel found that the plaintiff had not met that burden. “Although we are mindful that some requestors of government records may wish to remain anonymous out of concern about possible retaliatory action or harm that may ensue from public notoriety, those potential concerns do not justify litigants deciding for themselves whether they wish to withhold their identities when seeking relief in the Superior Court,” the Appellate Division concluded.

“In rare instances when such concerns about retaliatory action or the collateral consequences of disclosure are significant and substantiated, the litigant can file a motion pursuant to Rule 1:38-11,” the court added.