In a win for municipalities, the Appellate Division of the New Jersey Superior Court held that municipal affordable housing obligations do not include a “separate and discrete” gap-period obligation. In reaching its decision, the appeals court cited the core principles of the Mount Laurel doctrine and the plain language of the Fair Housing Act (FHA). 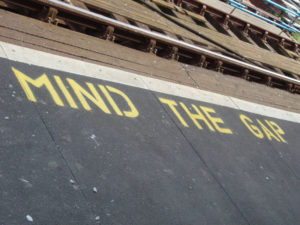 In the wake of the decision, the trial courts have been asked to determine how municipalities should determine their housing quotas. A series of expert reports by EConsult Solutions, on behalf of the municipalities, projects a significantly lower obligation, while the experts used by the Fair Share Housing Center project a significantly higher obligation. The difference is attributable, in part, to whether the 15-year gap period from the end of the second round housing cycle in 1999 to the present is taken into consideration.

In February, Judge Mark Troncone held that municipalities must consider the so-called “gap period.” He reasoned that “New Jersey’s affordable housing need is cumulative and there can be no gaps in time left unaddressed.” Barnegat Township appealed the decision.

The Appellate Division revised Judge Troncone’s decision, in ruling, that the municipal housing share number does not include the additional “gap period.” The appeals court specifically held:

Applying the plain language of the FHA, the guidelines and principles established by In re N.J.A.C. 5:96 II, and respecting the separation of powers doctrine, we conclude that the judge erroneously imposed a requirement that a municipality undertake a new, “separate and discrete” gap-period calculation – in addition to unmet prior round obligations, present, and prospective needs – to establish a municipality’s fair share affordable housing obligation.

In reaching its decision, the court specifically noted that it should be up to the legislature to address the “gap period.” The panel wrote:

We emphasize that under our tripartite system of government, the imposition of a new retrospective calculation, designed to establish affordable housing need during the gap period — a new methodology that essentially addresses “unresolved policy details of replacement Third Round Rules” — is best left for consideration by the Legislative and Executive branches of government, where public policy issues associated with such an additional “separate and discrete” obligation can be fairly and fully debated in the public forum.

This decision will be appealed to the New Jersey Supreme Court. We will be closely tracking the case, as well as proposed bills clarifying that such obligations should only reflect present and prospective need.