The Appellate Division recently addressed whether the Safe Dam Act (SDA) preempts local land use approval requirements as well as municipal ordinances. In United Water New Jersey v. Hillsdale, the court held that the Borough of Hillsdale was preempted by state law from applying such requirements to a dam improvement project to be undertaken by United Water New Jersey, Inc. (UWNJ).

The dispute involves a dam constructed across the Pascack Brook in 1904 to control the water levels of the Woodcliff Lake Reservoir. In 2007, the New Jersey Department of Environmental Protection (the NJDEP) notified UWNJ that the dam was not in compliance with spillway capacity regulations adopted pursuant to the SDA and directed UWNJ to make modifications to the dam to address this condition. 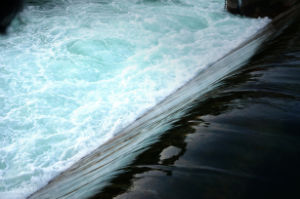 On November 7, 2011, the NJDEP granted UWNJ a permit, requiring the Company to “construct an auxiliary spillway, rehabilitate the low level outlet and rehabilitate the dikes for” the dam. The NJDEP instructed that since “the dam was not in compliance with the applicable safety standards,” the work must begin in six months and was at all times subject to supervision and inspection by the agency’s Bureau of Dam Safety and Flood Control.

On January 10, 2012, Hillsdale advised UWNJ that the dam modification project required site plan approval from the borough’s planning board. Shortly thereafter, the borough amended the tree removal provisions of its land use ordinances and revised the conditional use standards for public utilities. The ordinance required public utilities to submit formal applications for site plan approval of such uses.

In response, UWNJ filed a petition with the Board of Public Utilities (BPU) pursuant to N.J.S.A. 40:55D-19 which provides, among other things, that a municipal ordinance or regulation adopted pursuant to the MLUL shall not apply to a public utility’s development in more than one municipality, if the BPU determines that the installation “is reasonably necessary for the service, convenience or welfare of the public.” The BPU declined to decide the issue, noting that the NJDEP had maintained that its authority under the SDA and the Water Supply Management Act (WSMA) “completely preempted local regulation of the dam and reservoir. “

On June 15, 2012, UWNJ filed an action in lieu of prerogative writs in the Law Division. UWNJ alleged, among other things, that Hillsdale adopted and sought to enforce ordinances that were preempted by state law, and that the NJDEP had exclusive jurisdiction over the project. Hillsdale and Westwood Flood Solution Group and Antonio Xavier and Wendy Xavier (collectively, the interveners) were permitted to intervene in the action.

The trial court concluded that the NJDEP has exclusive jurisdiction over the project pursuant to the SDA and the WSMA. The order that accompanied the opinion stated that Hillsdale is “preempted from imposing on [UWNJ] local land use approval requirements, as well as requiring compliance with Hillsdale’s soil movement and tree removal ordinances.” The interveners filed an appeal, arguing that UWNJ is not exempt from complying with certain local zoning laws and other regulations.

The Appellate Division affirmed the trial court’s decision. It agreed with the trial court that NJDEP’s regulatory authority over dam construction and safety under the SDA, along with its exclusive authority to regulate the water supply under the WSMA, precludes local oversight.

As further explained by the panel:

We are convinced that, in the SDA, the Legislature contemplated uniform regulation by the NJDEP of the design, construction, operation and maintenance of dams and reservoirs in this State. The SDA reflects the Legislature’s intention that regulation of such matters should be uniform on a state-wide basis. Furthermore, the State’s regulatory scheme for dams and reservoirs is pervasive and comprehensive, thereby precluding the co-existence of municipal regulation of the sort reflected in Hillsdale Ordinances No. 12-09 and No. 12-10.

In reaching its decision, the appeals court rejected the interveners’ arguments that the ordinances address matters that fall outside the purview of the NJDEP’s exclusive regulation and pertain to issues of local concern. As noted in the opinion, “requiring UWNJ to secure site plan approval pursuant to Ordinance No. 12-10, and compliance with the requirements imposed by that ordinance, would substantially undercut the NJDEP’s pervasive regulation under the SDA by superimposing local site plan review upon the NJDEP’s permitting process.”