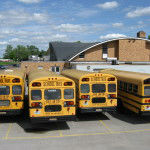 The Appellate Division of the Superior Court of New Jersey recently ruled that Seaside Park may not withdraw from the Central Regional School District. The case provides a comprehensive overview of regional school funding as well as the legal process for dissolving or withdrawing from a regional school district.

In 1954, Seaside Heights, Seaside Park, Island Heights, Ocean Gate, Berkeley Township, and Lacey Township formed Central Regional as a limited purpose school district to educate their junior and senior high school students. The district initially decided to apportion costs based on per pupil enrollment. However, in 1975, legislation altered Central Regional’s funding mechanism to an equalized property valuation basis. Although subsequent legislation in 1993 permitted further changes to the funding structure of regionalized school districts, Central Regional made no such changes.

In 1998, Seaside Park passed a resolution petitioning Central Regional to reconsider the formula for municipal contributions; however, no action was taken. Seaside Park and several other municipalities also sought to withdraw from the school district on multiple occasions over the years. In 2005, Seaside Park and its Board of Education passed resolutions formally instituting the withdrawal process by requesting that the Ocean County Superintendent of Schools conduct an investigation into the advisability of Seaside Park’s withdrawal from, or the dissolution of, Central Regional pursuant to N.J.S.A. 18A:13-51.

While the State Board of Education approved Seaside Park’s petition to conduct a referendum on dissolution, the referendum was ultimately was defeated by a majority of the overall votes in the district. The municipality subsequently filed suit to dissolve the school district, withdraw from it, or alter the funding allocations.

The Appellate Division affirmed the lower court’s dismissal of the action, holding that it was “satisfied the Legislature has established a comprehensive scheme for plaintiffs to seek this relief, which includes a voter referendum.” The Court noted that Seaside Park was granted the opportunity to conduct a referendum, which later failed. Thereafter, plaintiffs elected not to pursue the additional statutory processes for withdrawing or altering the tax allocation method, but instead filed suit.

“We are satisfied that plaintiffs did not exhaust their administrative remedies as to withdrawal and failed to demonstrate why the doctrine should not be invoked under the circumstances of this case,” the opinion explained.

The panel further rejected Seaside Park’s argument that it was entitled to legal or equitable basis for judicial intervention and relief, including the extraordinary equitable relief afforded in Petition for Authorization to Conduct a Referendum on Withdrawal of North Haledon School District from the Passaic County Manchester Regional High School District, 181 N.J. 161 (2004). In that case, the Supreme Court of New Jersey compelled North Haledon to remain a member of a regional school district in order to maintain a racially diverse student body despite a successful referendum. Because of the unique situation, the court ordered the Commissioner of Education to implement an equitable cost allocation formula for the school district.

In the current case, the Appellate Division explained, “neither the Commissioner nor the court has mandated that Seaside Park remain a member of Central Regional in contravention of the desire of the voters in the District pursuant to the statutory scheme.” The Court further noted that Seaside Park’s case does not involve the impact of withdrawal or dissolution on racial diversity or other constitutional issues.  The Court dismissed the remaining constitutional claims and upheld the lower court’s rulings.