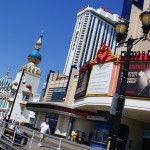 The Appellate Division of the New Jersey Superior Court recently rejected arguments that Atlantic City Alliance, Inc. should be considered a public entity for the purposes of the state’s Open Public Records Act (OPRA). The court ruled that the marketing coalition is a private entity involved in a partnership with a state agency.

Paff v. Atlantic City Alliance, Inc. centers on whether Atlantic City Alliance, Inc. (ACA) falls under the purview of OPRA. The non-profit corporation was created under legislation aimed to revitalize Atlantic City. The legislation called for the Casino Redevelopment Authority (CRDA) to enter into an agreement “establishing a public-private partnership with a not- for-profit corporation comprising a majority of the casino licensees of this State whose investors have invested a minimum of $1 billion in Atlantic City.” The goal of the partnership would be to “undertake a full scale, broad-based, five-year, marketing program” to promote Atlantic City tourism and the gaming industry.

Although not required to do so by the statute, five casinos formed ACA and entered into a “Public-Private Agreement for Marketing Atlantic City” with the CRDA. Among other provisions, the agreement requires ACA to prepare a comprehensive marketing plan for the Atlantic City tourism district.

Plaintiff John Paff sent an OPRA request to ACA’s president requesting copies of the contracts between ACA and certain of its employees, e-mails exchanged between these individuals, ACA’s by-laws, and its certificate of incorporation. ACA responded by stating that it was not a “public agency” under OPRA and, therefore, would not respond to the request. The trial court agreed.

The Appellate Division also concluded that the ACA is not “public agency” subject to OPRA. As the court explained, “N.J.S.A. 5:12-221a(1) specifically refers to the relationship between CRDA and ACA as a ‘public-private partnership,’ with CRDA as the public component and ACA as the private one. While the two entities work together, neither controls the other. Indeed, there was no requirement imposed in the legislation that required the casinos to form ACA. It was entirely voluntary on their part.”

The panel also distinguished the instant case from its recent decision regarding the New Jersey State Firemen’s Association. There, the court found that the association was a public agency under OPRA because it used funding it received from taxes imposed on fire insurance premiums to provide benefits to its members.

In contrast, the ACA is not funded by the state and its participation in the marketing collaboration was entirely voluntary. “Undoubtedly, the marketing plan to be implemented by ACA, with recommendations received from CRDA, will benefit Atlantic City and the tourism district and thus serve ‘a public purpose.’ However, it will also benefit the casinos and the gaming industry represented by ACA.” That is the nature of a “public- private partnership,” the court added.