In Timber Glen Phase III, LLC v. Township of Hamilton, the Appellate Division of the New Jersey Superior Court addressed the authority of municipalities to license residential rental properties. The appeals court ultimately concluded that the ordinance, which required the registration and licensing of apartment units, fell outside the authority granted to municipal governments under the Licensing Act. 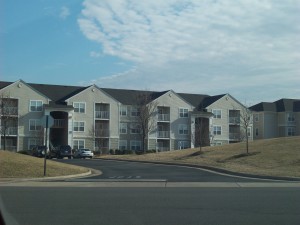 Plaintiffs, Timber Glen Phase III, LLC and JSM at Timber Glen, LLC, filed a complaint in lieu of prerogative writs that challenged an ordinance adopted by Defendant, Township of Hamilton, assessing an annual licensing fee on residential apartment units. Hamilton adopted Ordinance No. 1708-2011 in response to the findings of its Strategic Planning Sm art Growth Committee (SMART), whose task included issuing recommendations to improve the quality of life and address safety issues in the township’s residential properties.

Under the ordinance, all residential rental units within the Township must be licensed by the Bureau of Fire Prevention. The ordinance required that the license be renewed annually, along with the payment of a licensing fee.

A residential rental unit was defined as:

Any dwelling . . . which the owner rents or leases to any third party for the purposes of that third party or parties to reside in the premises for a period in excess of thirty days regardless of the term of any written or verbal lease. . . . Any room or rooms, suite or a part thereof, whether furnished or unfurnished, which is occupied or intended, arranged or designed to be occupied for sleeping or dwelling purposes.

In challenging the ordinance, the Plaintiffs maintained that the Licensing Act did not allow Defendant to license and regulate residential apartment buildings with leases of 175 days or more, as the clear intent of the statute was directed toward temporary or transient housing and short-term vacation rentals. They further argued that the ordinance did nothing more than impose another fee on apartment units, which were already regulated by the Hotel and Multiple Dwelling Act (HMDA) as well as local property maintenance and fire ordinances.

The trial court interpreted the Licensing Act as authorizing the municipality to license rental properties. The Plaintiffs appealed.

The Appellate Division concluded that the municipality could not mandate licensure of residential rentals for 175 days or more, accompanied by an annual licensing fee. Accordingly, it held that the ordinance was invalid as ultra vires and unenforceable.

In reaching its decision, the appeals court concluded that the authority granted by the State to license rental properties is circumscribed by the provisions of the Licensing Act. It similarly rejected the Township’s argument that its general police power encompasses the authority to license residential rental units.

As to the Licensing Act, the Appellate Division adopted a narrow interpretation of the statute’s licensing provisions regarding rental housing. As explained by the court: “We conclude the Legislature chose to limit municipal licensing authority to short-term lease arrangements. If that interpretation is incorrect, the Legislature will act to provide further clarification.”

In a footnote, the Appellate Division states that its opinion is “confined to the authority to license and does not address Defendant’s regulatory or inspection authority granted by other statutes designed to assure rental premises remain safe, building and fire code compliant and structurally sound.” Therefore, New Jersey municipalities’ authority to regulate housing under laws, such as the HDMA, does not appear to be impacted by the decision.