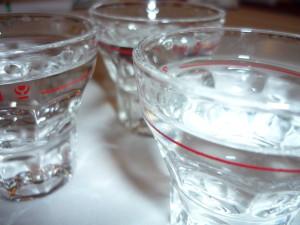 Naicken, Inc. (Naicken) appealed the Director of Division of Alcoholic Beverage Control’s (ABC) final administrative decision, which upheld the Governing Body of the City of Plainfield’s denial of Naicken’s renewal of a plenary retail distribution license (license). As detailed by the Appellate Division, Naicken operates Clinton’s Deli and Grocery/Arlington Liquors, which consists of a liquor store, a chicken restaurant, and a deli. Parts of the building are within 1000 feet of a school and 500 feet of a public park.

When Naicken applied to renew the license for the 2011-2012 term, Plainfield’s municipal council granted the renewal with three special conditions intended to address criminal activity taking place in and around the business. Naicken was specifically required to: (1) provide two armed licensed security persons from dusk until closing at 2:00 a.m. “to secure the interior and exterior of the licensed premises and its adjacent property”; (2) install between six and ten security cameras “to monitor the interior and exterior of the premises, including its adjacent lot”; and (3) “take appropriate steps to collaborate with and immediately report to the Plainfield Police Division any illegal and/or suspicious activity upon its premises.”

Citing Naicken’s failure to comply with the conditions, Plainfield’s municipal council denied Naicken’s liquor license renewal request for the 2013-2014 license term. In response, Naicken filed an appeal with the Division of Alcoholic Beverage Control, which transmitted the matter to the Office of Administrative Law.

The Administrative Law Judge that heard the case concluded that Naicken “did not establish[] by a preponderance of the evidence that Plainfield abused its discretion when it denied [Naicken]’s liquor license renewal request.” In reaching the decision, the ALJ concluded that the witnesses Naicken provided were not credible, having repeatedly contradicted themselves on the stand. Meanwhile, the Judge found the testimony of the Plainfield detective regarding the criminal activity at the location to be credible. The officer testified that police received 136 calls for service at the location; nineteen of which generated police reports. Several of the narcotics offenses were linked to Naicken employees.

The ALJ ultimately concluded that Naicken violated all of the conditions placed by the municipal council on the renewal of the 2011-2012 license term, citing that owner Vadrajan Naicken acknowledged that he only called the police if there was “big trouble,” and was involved in the sale of controlled dangerous substances.

Naicken subsequently filed an administrative appeal. The ABC Director found “that Plainfield’s determination to deny the renewal of Naicken’s liquor license was not arbitrary or an abuse of discretion, and that this determination has reasonable support in the record.” The final administrative decision adopted the findings of fact and conclusions of law of the ALJ.

On appeal, Naicken argued that the ABC Director “manifestly erred or otherwise abused its discretion.” In a per curium opinion, the Appellate Division upheld the license denial. The appeals court found that the ABC Director’s decision was supported by sufficient credible evidence. It also concluded that Naicken’s arguments raised on appeal were without sufficient merit to warrant further discussion in a written opinion. Rather, the Court rejected them substantially for the reasons given by ALJ Moss and the ABC Director.

The decision highlights the importance of documenting the evidence used to deny a liquor license, particularly when conditions have previously been imposed. In this case, the municipality’s ability to present credible evidence in support of its decision to deny the license renewal swung the case heavily in its favor.