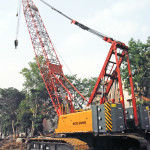 The site plan approval process often causes headaches for New Jersey municipalities and developers alike. The process is further complicated when the property changes hands multiple times and takes years to get off the ground. In Courter v. Absecon Planning Board, the Appellate Division of the Superior Court of New Jersey considered the site plan approval amendment process, including the requirements of the state’s Age Restricted Development Conversion Law.

The plaintiffs challenged a resolution passed by the Absecon Planning Board regarding the planned construction of an age-restricted housing complex. The project received preliminary approval in 2005, but was sold several times and entered bankruptcy. The most recent resolution, and the subject of the lawsuit, approved defendant Boardwalk Development and Design Company, LLC’s (Boardwalk) amended site plan application, pursuant to the Age Restricted Development Conversion Law (Conversion Law), N.J.S.A. 45:22A-46.3 to-46.16, to remove the age restriction on a proposed residential development. The challenged resolution also allowed changes to several aspects of the previously approved site plans.

On appeal, the plaintiffs raised several arguments, namely that the Planning Board lacked jurisdiction to approve the amended site plan and that Boardwalk failed to satisfy the requirement of New Jersey’s Conversion Law.

In this case, the Planning Board conditioned its approval upon Council amending the Redevelopment Plan to permit a height adjustment and the new residential use, or in the alternative, requiring Boardwalk to lower the height to meet the original requirements and proceed in conformance with the original use. As noted by the court, “Nothing in the LHRL, the MLUL, or the Redevelopment Plan expressly prohibit such a sequence.”

With regard to the Conversion law, the court found that the Planning Board’s decision met the precondition requirements. N.J.S.A. 45:22A-46.5(a)(1) requires that “preliminary or final approval for construction of the development has been granted prior to the effective date” of July 2, 2009, in order to be eligible for conversion.

As explained by the court, the Conversion Law allows for both preliminary and final approvals occurring before July 2, 2009, as well as reasonable revisions of the original plan in the event of conversion. In this case, the court found that the changes set forth in Boardwalk’s 2011 application for conversion constituted a reasonable revision; therefore, the fact that conversion was sought after July 2, 2009, has no effect on this precondition. In addition, Boardwalk’s requested changes under the 2010 application for amendments to the site plan were minor, such that it did not constitute a new application.