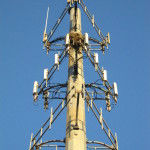 Cell phone towers have become the latest “not in my backyard” issue for New Jersey municipalities. In two recent cases, the New Jersey Superior Court considered whether the requirement that a cell phone carrier seek a least intrusive site from a community impact standpoint continue unabated where a municipality had in effect selected the site for which the carrier should seek approval.

Because they involved similar legal issues regarding cell tower zoning approval, Gaelic Communications v. Zoning Board of the Borough of Milford and Mesa v. Zoning Board of Lebanon Township were considered together. As explained by the court, “The common thread in both cases, which is not addressed in other cell tower cases, is that both these sites were not initially chosen by the carriers in question, but rather by the municipalities.”

In Milford, the Borough deliberately steered the plaintiff carrier away from several sites the Borough owned and did not permit a tower in the GU zone, which was the only zone in town that actually permitted the tower. Rather, it granted a contract and lease with Gaelic for construction of a tower on the parking lot of a sewage treatment plant although the zoning was small lot residential. In Lebanon Township, the carrier had initially selected another site, but protests regarding that site had encouraged the carrier to seek the site for which it eventually gained approval.

In both towns, the sites to which the applicants were steered were less ideal from a telecommunications standpoint, but were functionally acceptable. The subsequent objections raised by the towns’ residents were both largely aesthetic.

In both cases, the court found that the municipality’s cell tower approval process was flawed. “No town should have the right to designate a site and then, hide the pea under another shell by telling an applicant that it must look elsewhere,” the court stated in its opinion. Doing so, the court found, contradicts the cooperative site selection process outlined in Smart SMR v. Borough of Fair Lawn as well as the requirement of square dealing.

As the court further explained, “Under the Telecommunications Act, as interpreted by our courts in such cases as Smart SMR v. Fair Lawn, telecommunications facilities serve a vital interest. The cell tower operators cannot simply be handed one site and then suddenly find that there is no pea under the shell. They cannot be forced to wander from site to site hoping that at some time at some point in the future they can erect a facility which our Congress and our courts have recognized to be of vital importance.”

In deciding the case, the court explained the factors a court must consider when a municipality has played a role in the site selection process. As noted by the court, the Smart SMR case’s interpretation of the use variance standards generally requires a reviewing court in a telecommunications case to ascertain first if a board has correctly determined whether a site is particularly suited for the use. If so, then the Court must engage in a review of the Board’s analysis of the balance between positive and negative criteria as set forth in Sica v. Township of Wall Board of Adjustment. However, where a municipality has steered the carrier to a particular site, the court found that a carrier “may at that point cease its site investigation with respect to suitability and the positive criteria, subject only to satisfaction of the negative criteria under the Sica balancing test.”