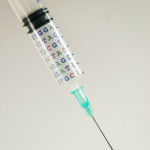 The Appellate Division of the New Jersey Superior Court recently ruled that an Essex County sheriff’s officer was entitled to accidental disability benefits after being pierced with a hypodermic needle when attempting to take a suspect into custody. The court concluded that the Board of Trustees of the Police and Firemen’s Retirement System’s decision was predicated on an incorrect application of the prevailing legal standards regarding accidental disability benefits.

Essex County Sheriff’s Officer Frank Caminiti was pierced with a hypodermic needle while attempting to subdue a suspect. Following the incident, Caminiti was prescribed an AIDS cocktail, which doctors said could possibly prevent him from contracting the disease. The doctors also told him “not to have any saliva contact with [his] children for at least six months” and to avoid all sexual relations with his wife until after he had had two negative HIV tests.

The medications made Caminiti very ill, and eventually required the addition of a drug given to cancer patients to counteract the effects of chemotherapy and lessen the nausea. He also suffered emotional and psychological trauma, including insomnia, nightmares and thoughts of suicide. He eventually retired from the force and applied for accidental disability benefits.

Caminiti’s initial claim was denied.  The Appellate Division affirmed the denial.  Caminiti filed a petition for Certification.  While the petition was pending, the Supreme Court of New Jersey decided Patterson v. Board of Trustees, State Police Retirement System, 194 N.J. 29 (2008), and Richardson v. Board of Trustees, Police & Firemen’s Retirement System, 192 N.J. 189 (2007), which changed the legal standard for determining eligibility to receive accidental disability benefits.

In Richardson, the New Jersey Supreme Court established a multi-part test for accidental disability benefits. Claimants must show that they are permanently and totally disabled, as a direct result of an undesigned and unexpected traumatic event, that is identifiable as to time and place, caused by a circumstance external to the claimant, occurred during and as a result of regular or assigned duties, and was not the result of their negligence.  Moreover, claimants must be mentally or physically incapacitated from performing their usual or any other duty.  Based on Richardson, the Supreme Court remanded Caminiti’s case to the Board for reconsideration.

Shortly thereafter, the Supreme Court decided Patterson.  In Patterson, the state Supreme Court held that to obtain accidental disability benefits for a mental injury precipitated by an exclusively mental stressor, a member must satisfy the standards in Richardson. In addition, the disability must result from direct personal experience of a terrifying or horror-inducing event that involves actual or threatened death or serious injury, or a similarly serious threat to the physical integrity of the member or another person.

On remand, the Board again denied the application, finding that although Caminiti met the Richardson factors, the needle piercing was not an event that is objectively capable of causing a reasonable person in similar circumstances to suffer a disabling mental injury as required under Patterson. Caminiti again appealed.

In its opinion, the Appellate Division highlighted that the Richardson factors explicitly allow a member to qualify for accidental disability benefits based on being “mentally or physically incapacitated” as a result of a traumatic event. Moreover, it found that “the Board’s insistence that appellant must meet the additional Patterson requirement ignores or undervalues that appellant underwent extensive medical treatment for the injury he received.”

As noted by the Appellate Division, Caminiti’s injury was not minor, as the Board concluded. “In addition to the physical impact of the potentially lethal needle prick, he endured many weeks of physical discomfort associated with the medications prescribed to prevent the transmission of HIV.”  Accordingly, the Board’s analysis should have ended with an application of the Richardson factors, which it acknowledged Caminiti had satisfied.