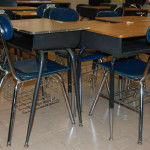 The Appellate Division of the New Jersey Superior Court recently considered the application of the “temporary” employee exception to the New Jersey Tenure Act. The decision in Platia v. Board of Education of the Township of Hamilton, Mercer County provides greater clarity with regard to how the exception applies to substitute teachers.

Stephanie Platia was employed as a special education teacher by the Board of Education of Hamilton Township (Board) for more than three academic years in a four-year period. However, the Board denied that she obtained tenure under the New Jersey Tenure Act because her employment for one of those academic years was as a “Long Term Substitute” pursuant to a contract that stated the position was “non-tenurial.”

The Board argued that Platia’s employment for the 2010-2011 school year did not count towards her tenure because her contract stated that she was “replacing an employee who is on a leave of absence and who may be returning to his/her position at the expiration of this contract.” The statutory exception upon which the Board relied states, pertinent part:

In each district the board of education may designate some person to act in place of any . . . employee during the absence, disability or disqualification of any such . . . employee[.]

. . . [N]o person so acting shall acquire tenure in the office or employment in which he acts pursuant to this section when so acting.

In the suit that followed, the Administrative Law Judge and the Commissioner of Education both agreed that Platia was not entitled to tenure credit during the 2010-11 academic year because “she filled a position resulting from a leave of absence, not a permanent vacancy.”

The Appellate Division found that the “temporary” employee exception did not apply. Because Platia was employed for the “equivalent of more than three academic years within a period of . . . four consecutive academic years,” it further held that she obtained tenure as of right.

The court first rejected the notion that the language of Platia’s contract controlled her right to tenure. As the panel explained, “we reject the notion that the language of the contract offered Platia for the 2010-11 academic year precludes consideration of that year’s employment for tenure purposes. A teacher’s right to tenure ‘never depends on the contractual agreement between the teachers and the board of education.’

The court next turned to whether the “temporary” employee exception applied, ultimately concluding that it did not.  Citing Spiewak v. Bd. of Educ., 90 N.J. 63, 72 (1982), the court noted that the exception “extends only to those who ‘act in place of’ another employee who is absent or disabled.”

In this case, the court rejected the Board’s contention that Platia served as long-term substitute for Michele Snyder for the 2010-11 academic year. More specifically, the panel concluded that the record failed to show that Snyder was “absent” from her employment or that Platia acted “in place of” her, both of which must be satisfied for the temporary employee exception in N.J.S.A. 18A:16-1.1 to apply. In support of its decision, the court noted that Snyder continued to work for the Board, albeit in another position. In addition, Platia’s “Long Term Substitute” contract did not assign her to the school where Snyder worked prior to her transfer but to two other schools.