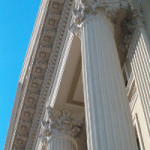 In the past, New Jersey courts have increasingly construed requests under N.J.S.A. 54:4-34 (Chapter 91) very strictly against municipalities. The statute authorizes assessors to seek expense and income information from property owners and allows a municipality to dismiss a tax appeal if the owner fails or refuses to respond within the required timeframe.

In Waterside Villas Holdings, L.L.C. v. Monroe Township, however, the Appellate Division of the New Jersey Superior Court ruled that a slight deviation from the Chapter 91 requirements was not sufficient to overturn the dismissal of a tax appeal.

Plaintiff Waterside Villas Holdings, LLC (Waterside) sought to contest the 2011 property tax assessment on its property in defendant Monroe Township. However, the Tax Court of New Jersey dismissed the complaint because Waterside failed to respond to a municipal request for income and expense information as required by Chapter 91.

On appeal, Waterside first raised the argument that the assessor’s request was fatally flawed because N.J.S.A. 54:4-34 requires an assessor to include a copy of the statute with the information request and, in this case, “the text included with the assessor’s correspondence omits the word `may’ from the phrase, `… and he may be examined on oath by the assessor. …'”.   The plaintiff argued that this oversight precluded the Tax Court from dismissing its complaint, even though it failed to submit any response to the Chapter 91 request.

The Appellate Division rejected the plaintiff’s arguments and upheld the Tax Court’s dismissal.

The court acknowledged that principles of fair dealing would preclude assessors from seeking relief under Chapter 91 in situations where the copy of the statute omitted “critical [and] substantive” statutory provisions. However, it concluded that minor and inadvertent omissions should not prevent a municipality from obtaining a dismissal pursuant to N.J.S.A. 54:4-34.

In this case, the court held that the “minor alteration in the statute seized upon by plaintiff did not obscure or omit any substantive provision in the statute, and did not prejudice plaintiff in any respect.” Accordingly, the plaintiff was not entitled to any equitable relief from the requirements of N.J.S.A. 54:4-34.