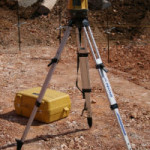 In a recent decision, the Superior Court of New Jersey outlined the procedures that must be followed when litigation surrounding a planning board decision results in the filing and acceptance of a new application.

Pawlynsky v. Princeton Planning Board centered on a parcel of land owned by Princeton HealthCare System that contains a hospital building that was previously occupied by the University Medical Center at Princeton. The site is bounded by several neighborhoods and a public housing project. After purchasing the lot, Defendant AvalonBay submitted two applications to the Princeton Planning Board (the Board) to develop the Princeton parcel that was previously occupied by UMC.

After conducting a public hearing, the Board ultimately denied the application, concluding that the design standards set forth in the Princeton Code were not satisfied. In particular, the Board concluded that the plans did not satisfy standards requiring new construction to be connected to the surrounding neighborhoods so that the development could be integrated into the broader community.

The court ultimately rejected both arguments. It found that the Board did indeed have proper jurisdiction to hear the Second Application, and that the factual findings and conclusions of the Board were well supported by the record.

With regard to the jurisdictional issue, the court acknowledged that the procedural posture of the case was rare. However, it ultimately concluded that the procedures employed by the parties to settle the case went above and beyond the requirements set forth in existing case law, most notably Whispering Woods at Bamm Hollow v. Middletown Planning Bd., 220 N.J. Super. 161 (Law Div. 1987). In that case, the court held that a settlement regarding a planning board’s decision must be conditioned upon a public hearing on the agreed plan, “just as if a new application were being presented to the Board.” The court further ruled that any settlement must lead to “official action” by the public body, and must be subject to all statutory conditions “necessary to vindicate the public interest,” including “notice, public hearing, public vote, written resolution, etc.”

Here, the court concluded that the parties went above and beyond the requirements set forth in Whispering Pines. As explained in the opinion:

Instead of merely introducing the revised plans and submitting new evidence during a short public settlement hearing, AvalonBay filed an entirely new application. The subsequent proceeding involved expert testimony, thousands of pages of evidence, four nights of testimony, and a vote of approval at a public meeting. Should this public process be vacated, simply because AvalonBay and the Board agreed to utilize the procedure of a second application rather than refer to it as a “Whispering Woods settlement hearing?” To accept that argument would be a substantial elevation of form over substance, particularly because the procedure employed here offered more opportunity for public participation and public comment than would occur in many Whispering Woods type cases.

The court also rejected arguments that the Board erred in approving the Second Application. As highlighted by the court, the court must give deference to a board’s factual findings and reverse only if the action was “arbitrary, capricious, or unreasonable.” In this case, the court concluded that the Board properly considered all of the issues before it, including demolition, sewer, and design issues.