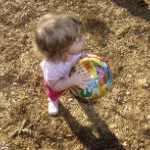 A recent decision by the Appellate Division of the New Jersey Superior Court highlights the balancing process required for a use variance even when an entity proposes an inherently beneficial use of its property. In 636 Inman LLC v. Woodbridge Twp. Bd. of Adjustment, the court determined that the local zoning board properly weighed both the positive and negative factors, thereby rendering its decision not arbitrary, capricious or unreasonable.

Plaintiff 636 Inman, L.L.C. sought to build a child care center in a residentially zoned district in Woodbridge Township. Because such a facility is not a permitted use under the municipality’s zoning ordinance, Inman needed a use variance pursuant to N.J.S.A. 40:55D-70(d)(1), as well as bulk variances pursuant to N.J.S.A. 40:55D-70(c) for impervious and landscape coverage of the lot.

After considering the testimony of expert witnesses, town officials, and local residents, the Zoning Board of Adjustment denied the plaintiff’s application for variances and site plan approval. In its resolution, the zoning board recognized that the plaintiff had presented an application for an inherently beneficial use, but it stated that there was an absence of proof that the use was particularly well suited for the location of the property.  The proofs also failed to show that the day care was needed in this area of the community. It also noted that the detriment to traffic conditions and safety concerns in the parking lot also weighed against granting the application.  The applicant appealed the decision and lost at the trial level.  On appeal, the Appellate Division also upheld the Board’s decision.

In reaching its decision, the Appellate Division agreed that the plaintiff proposed an inherently beneficial use of its property, thus satisfying the positive criteria in the standard of proof required in Sica v. Bd. of Adj. of Wall Twp., 127 N.J. 152, 165-66 (1992). It mandates that the board  balance the benefits and burdens of the requested variance by using the following steps as a guide: (1) “identify the public interest at stake”; (2) “identify the detrimental effect that will ensue from the grant of the variance”; (3) “reduce the detrimental effect by imposing reasonable conditions on the use”; and (4) “weigh the positive and negative criteria and determine whether, on balance, the grant of the variance would cause a substantial detriment to the public good.”

In this case, the appeals court concluded that the board properly identified and weighed the negative criteria, which included the adverse impact on traffic and safety.  The court also found that the Board properly found an absence of proof as to the particular suitability of the site, as well as insufficient proof of the need for this particular day care center.  Accordingly, the court held that the Board’s decision was not arbitrary, capricious or unreasonable.