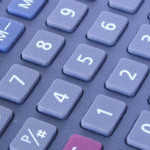 A recent New Jersey Superior Court decision sheds lights on the appropriate date for valuing condemned property pursuant to the Eminent Domain Act of 1971. In Hoboken v. Ponte Equities, the court held that early actions by a municipality to condemn a property do not fix the date; rather, market value must be determined as of the date of the condemnation complaint.

In June 2008, the Hoboken City Council took three actions regarding an area targeted for conversion into open space. The area included property owned by defendant Ponte Equities, Inc., which was used as a public parking lot. The first action was the introduction of an ordinance that would rezone properties in the target area for open space. The ordinance was never adopted. However, the council did pass two other resolutions. One resolution recommended that the Hoboken Board of Zoning Adjustment postpone consideration of variance applications in the targeted area, while the other retained an appraiser to value several properties in the targeted area, including that of the defendant. The appraised value in 2009 was $10.17 million, but no further action was taken.

In 2011, the Hoboken City Council again considered rezoning the target area and ordered a second set of appraisals. This time, the Ponte Equities’ property was valued at $2.35 million, in large part because zoning changes no longer allowed the property to be converted into residential use. The city’s final offer was $2.937 million. When Hoboken started the condemnation process, Ponte Equities argued that the city should be required to honor the initial $10.17 million appraisal because its actions at the 2008 city council meeting caused  the dramatic drop in the property value by putting potential buyers on notice that future condemnation was likely.

Under Section 30 of the Eminent Domain Act:

The question before the court was whether the actions taken the City of Hoboken at the City Council meeting substantially affected the value of the defendant’s property, thereby establishing the valuation date pursuant to the statute.

The court ultimately concluded that Hoboken’s actions on June 11, 2008 did not substantially affect the use and enjoyment of Ponte Equities’ property. In reaching his decision, Superior Court Judge Peter Bariso Jr. distinguished the instant case from New Jersey Sports and Exposition Authority v. Giant Realty, 143 N.J. Supp. 338 (Law Div. 1976), which held that the valuation date should be set when the property was targeted for condemnation.

“The … actions taken by Hoboken may have merely put potential buyers on guard, but did not substantially affect the property indicating a reasonable certainty that it would be soon condemned. Therefore, the court finds that Hoboken’s actions on June 11, 2008 did not have a substantial effect upon the use and enjoyment of the Ponte Property, and these actions did not directly, unequivocally and immediately stimulate an upward or downward fluctuation in value, which was directly attributable to a future condemnation,” the judge concluded.

The court also found that Ponte Equities provided no evidence proving a diminution in value of the Property as a result of the actions on June 11, 2008, noting that the highest valuation of the property took place nearly one year after the city council’s actions.