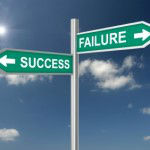 The New Jersey Appellate Division recently found that the clerk of the City of Hoboken failed to comply with Optional Municipal Charter Law, commonly known as the Faulkner Act, when refusing to file a referendum petition submitted by a committee of citizens.  The case, Tumpson v. Farina, provides a great lesson in the role of the clerk in determining whether petitions meet the requirements of the Faulkner Act.

The Faulkner Act authorizes voters in municipalities organized under the statute “to approve or reject at the polls . . . any ordinance passed by the council, against which a referendum petition has been filed as herein provided.” The referendum petition must be filed within 20 days after final passage of the ordinance and be signed by a number of the legal voters of the municipality equal in number to at least 15 percent of the total votes cast in the municipality at the last election at which members of the General Assembly were elected.

In this case, a group of citizens attempted to file a referendum petition with the clerk, James Farina, on the last day of the twenty-day period. Farina did not accept the petition on the grounds that it “did not contain a sufficient number of signatures to constitute a properly filed petition for referendum.” He returned it as “unfiled.”  The committee of petitioners subsequently sought to amend the petition with additional signatures. Farina again rejected the petition, noting it was “received for review but not filed.” The committee filed a verified compliant and order to show cause.

By the time the litigation made its way to the Appellate Division, the voters of Hoboken had already voted down the referendum. However, the court elected to decide the case given the importance of the issues involved and their likelihood of arising again.

Accordingly, the court agreed with the trial court that the clerk’s refusal to file the original petition was plainly contrary to the statute and therefore arbitrary and capricious.

As further explained in the opinion, “A municipal clerk lacks the discretion to refuse to file a petition, even if the signatures thereon are less than the mandated fifteen percent of qualified voters.  By not filing a petition which is submitted on the last day for filing, a municipal clerk could effectively bar a committee from exercising its right of referendum by asserting that a subsequently complying petition is untimely.”