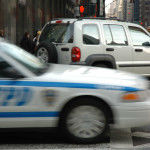 A New Jersey court recently held that law enforcement records related to police complaints that do not ultimately lead to criminal charges are not subject to the New Jersey Open Public Records Act (OPRA). In these cases, the court reasoned that privacy interests take precedence over the public right to access.

The BCPO responded by asserting OPRA does not require law enforcement agencies to name suspects and citing the legislative intent to protect those who may later be exonerated. Accordingly, the BCPO refused to confirm or deny if it possesses any records that would be responsive to the newspaper’s request. NJMG subsequently filed suit, alleging violations of both OPRA and the New Jersey common law right to access public records.

While the court rejected many of the arguments raised by the BCPO, it agreed that the OPRA request implicates personal privacy rights provided by the New Jersey Constitution, which must be balanced against the right to public disclosure under both common law and OPRA. As noted in the opinion, “New Jersey courts have long held that public agencies have “an obligation to safeguard from public access a citizen’s personal information with which it has been entrusted when disclosure thereof would violate the citizen’s reasonable expectation of privacy.”

In this case, the court concluded that records related to the investigation of an individual that has not been arrested or charged with a crime generally must not be disclosed as privacy concerns outweigh the public’s need for the information. As further noted by the court, “The disclosure of the requested information could potentially have widespread implications on the lives of innocent individuals who were simply the inquiry of the BCPO.”