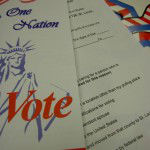 In a recent decision, the Appellate Division of the New Jersey Superior Court further clarified the law surrounding voter initiatives under the Faulkner Act. The case, Redd v. Bowman, examined whether an initiative to prohibit the City of Camden from disbanding its police department and join a county force, impermissibly restrained future municipal legislation.

The City of Camden operates under the Faulkner Act, which allows voters to propose an ordinance and adopt or reject it at the polls. After the City decided to disband its municipal police department and join a newly formed county police force, defendants Vance Bowman, Larry Gilliams, Eulisis Delgado, Mary I. Cortes and Robert Davis, collectively known as the Committee of Petitioners (the Committee), proposed an initiative to maintain Camden’s police department.

Plaintiffs, Mayor Dana L. Redd and City Council president Francisco Moran, subsequently filed a complaint seeking to declare the petition-initiated ordinance invalid before it was submitted to the City Council or placed on any ballot. The Law Division judge granted their requested relief, after determining that the proposed ordinance created an undue restraint on the future exercise of municipal legislative power and was invalid on its face.

The Appellate Division disagreed, concluding that the proposed ordinance did not create an undue restraint on the future exercise of municipal legislative power.

The court acknowledged the basic tenant that “no governing body, without specific legislative permission, may divest its successors of legislative power.” However, the court further pointed to the 1982 amendment of the Faulkner Act’s initiative provisions, which stated: “No such ordinance shall be amended or repealed within 3 years immediately following the date of its adoption by the voters, except by a vote of the people.”

In reaching its decision, the panel also relied on recent cases interpreting the Faulkner Act’s referendum provisions, noting that the court has signaled that, absent express legislative restrictions, the power of the voters to exercise their rights for initiative and referendum cannot be abridged. The Appellate Division ultimately remanded the case back to the Law Division for further consideration of whether the proposed ordinance was pre-empted by the Municipal Rehabilitation and Economic Recovery Act (MRERA) and the Special Municipal Aid Act (SMAA).