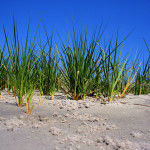 As New Jersey communities continue to recover from Hurricane Sandy, the Appellate Division of the New Jersey Superior Court has ruled that property owners may be entitled to compensation when protective sand dunes block their views of the ocean, when the property owners’ claims arise out of the municipality’s breach of an agreement to maintain that view. The case, Petrozzi v. Ocean City, did not involve an eminent domain taking.

In 1989, Ocean City participated in a beach replenishment and dunes restoration program in conjunction with the state and federal government. The Army Corps of Engineers required that Ocean City obtain easements from all of the beachfront property owners impacted by the dune construction.

To ease property owners’ concerns over their beachfront views, Ocean City proposed easements containing a restriction that the municipality would construct and maintain the dune system with a height limitation of no greater than three feet above the average elevation of the bulkhead. The municipality subsequently secured the easements, and the dunes were constructed.

Between 1992 and 2000, natural forces caused areas the dunes to grow in height and width, and the affected property owners began requesting that Ocean City comply with the dune height limit provision in their easement agreements. However, amendments to the Coastal Area Facility Review Act (CAFRA) after the entry of the easements required the municipality to obtain the New Jersey Department of Environmental Protection’s written authorization before commencing dune maintenance.

When DEP denied the permit, the homeowners filed suit alleging, among other things, that Ocean City breached its easement agreements by not maintaining the height limit on the dunes, causing the property owners to lose their view, access and privacy. The trial court ruled against most of the plaintiffs but found in favor of four plaintiffs on their breach of contract claims because their agreements were signed after the CAFRA amendments requiring DEP authorization took effect and therefore the City was aware of the difficulty of obtaining a permit to reduce dune height when the City agreed to limit that height in the easement agreements.  The court awarded damages to those four property owners.

While the Appellate Division acknowledged that the statutory amendments and DEP’s subsequent disapproval of Ocean City’s permit application were beyond the municipality’s control and not reasonably foreseeable events, it still concluded that the property owners were entitled to compensation.

“If Ocean City may retain the benefit of this bargain despite its failure to perform its promise — even if performance was impracticable — without consequence, the municipality would reap a windfall at plaintiffs’ expense and plaintiffs would have given ‘something for nothing,’” the court explained.

Accordingly, the panel remanded the case back to the trial court to determine fair and just restitution. The court held that damages should follow the precedent established in Harvey Cedars v. Karan. As previously discussed on this blog, the New Jersey Supreme Court earlier this year held that compensation paid to property owners who have their views obscured by dunes must reflect the value of the lost view but also the benefit of the protection the dunes provide, namely storm protection.