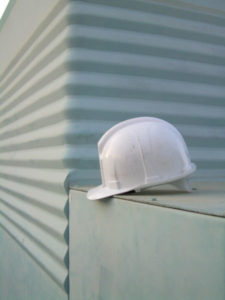 As previously discussed in the Scarinci Hollenbeck Government & Law Blog, many New Jersey municipalities are using long-term tax abatementsto attract local development projects. Municipalities must enter into a PILOT agreement with the developer that calls for the payment of an annual service charge in place of traditional real estate taxes on improvements, for a specified period of time, typically at a much lower overall rate.

According to the Bill sponsor, Senate President Steve Sweeney, Senate Bill 1701 is needed to ensure that the state’s long-term tax abatement program is working efficiently.  “I support PILOTs and I believe in PILOTs, and they’re important,” he said. “But some places might not need them anymore, and they use them as a way just to gather and capture all of the revenue into the municipal budget.”

Senate Bill 1701 requires a developer’s application for a long-term property tax exemption to include a cost-benefit analysis. It also mandates that the mayor or other chief executive officer of the municipality produce an independent cost-benefit analysis, which must be submitted along with the application to the municipal governing body before it can decide on the exemption.  A municipal governing body must also include specific findings in its resolution approving or disapproving a long-term tax exemption, which addresses the net impact of the project on the finances of the affected local governments, including the municipality, county, and school district.

The proposed tax abatement legislation also requires municipalities to consider and evaluate whether an investment in a redevelopment project through the grant of a long-term property tax exemption will generate satisfactory revenue returns to the municipality, as well as, the financial impact to counties, school districts, and other local governments.  Under the bill, the cost-benefit analysis and financial impact findings required for grants of long-term property tax exemptions would have to be posted on the municipalities’ website. If the municipality does not have a website, this information would have to be provided for public inspection on the website of the Department of Community Affairs (DCA). This bill would also require the cost-benefit analysis and findings to be part of the public record.

The Senate Budget and Appropriations Committee unanimously passed the bill.  Nevertheless, it still it faces strong opposition by the New Jersey State League of Municipalities (NJSLOM).  In a letter to state legislators, the NJSLOM argued that the Office of Legislative Services should be required to prepare a fiscal note, which would provide more information about any potential costs that local governments may face under the bill. “Preparation of a formal analysis on a prescribed set of topics will increase the municipal cost of reviewing applications and limit local decision-making authority,” the letter said. The NJSLOM also highlighted that municipalities “already consider the relative costs and benefits of a project in their consideration of financial agreements.”

For more information about the proposed PILOT changes or the legal issues involved, we encourage you to contact Michael A. Jimenez, Esq., Counsel and a member of the  Scarinci Hollenbeck Government Law Group.