New Jersey Governor Phil Murphy has conditionally vetoed legislation that would transfer the management of the Police and Fire Retirement System (PFRS) to a Board of Trustees. In his veto message, Gov. Murphy proposed several significant changes to Senate Bill No. 5, which are summarized below. 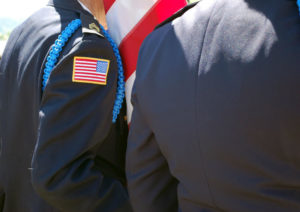 As discussed in greater detail in a prior article, Senate Bill 5/Assembly Bill 3671 (S-5/A-3671) seeks to transfer management of the PFRS from the Division of Pensions and Benefits in the Department of the Treasury to the Board of Trustees of the PFRS. The Board, which would be comprised of labor and management representatives, would be vested with all the functions, powers, and duties relating to the investment and reinvestment of money in any fund or account under the Board’s control, as well as all functions, powers, and duties relating to the administration of the PFRS retirement system.

The Conference of Mayors (NJCM), the Association of Counties (NJAC), and the New State League of Municipalities (NJSLOM) opposed the bill in its current form. Their criticisms largely revolved around the lack of adequate protections and safeguards for New Jersey taxpayers.

In his veto message, Gov. Murphy expressed support for the overall goals of the legislation. However, he noted that several changes must be made for him to sign it. Gov. Murphy wrote:

My recommended changes address these and related technical concerns while preserving the board’s control over the management and allocation of its investments. I am confident that these changes strike an appropriate balance by both empowering the new board with the management of PFRS while continuing to protect the stability of the State’s pension funds, the expectations of PFRS members and, ultimately, the financial interests of the taxpayers of this State.

Below are several of Gov. Murphy’s proposed changes, as summarized by the NSLOM:

The legislation now goes back to the New Jersey Senate for its consideration. We will continue to track its progress and post updates as they become available.