The Supreme Court of New Jersey recently agreed to add another key case involving the state’s Open Public Records Act (OPRA) to its docket. Paff v. Ocean County Prosecutor’s Office revolves around the disclosure of police video recordings, which has become a high-profile issue in the wake of several controversial police-involved shootings. 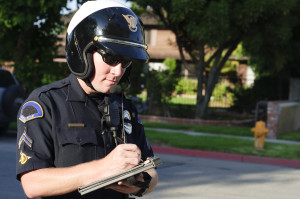 Plaintiff John Paff sought police dash cam recordings of an incident involving a Tuckerton Borough police officer’s arrest of a driver for several motor vehicle offenses. The arrest later resulted in charges of police misconduct. The Ocean County Prosecutor’s Office refused to provide the recordings, citing that they were exempt from disclosure under OPRA as “criminal investigatory records.”

In the lawsuit that followed, the trial court ordered the police video recordings to be disclosed pursuant to OPRA. By a vote of 2-1, a divided Appellate Division affirmed. It held that OPRA’s “criminal investigatory records” exemption, as well as the “investigation in progress” exemption, did not apply to the police dash cam recordings. In reaching its decision, the majority noted that “OPRA’s clear purpose . . . is to maximize public knowledge about public affairs in order to ensure an informed citizenry and to minimize the evils inherent in a secluded process.”

On appeal, the New Jersey Supreme Court has agreed to consider the following question:

Among other issues, does this police vehicle’s video recording of an arrest fall within the “criminal investigatory records” exemption to the Open Public Records Act (OPRA), N.J.S.A. 47:1A-1 to -13; and, if the video recording is subject to disclosure, can the arrestee’s privacy-based objection justify withholding the recording?

Oral arguments have not yet been scheduled. We will continue to closely monitor the case and post updates as they become available.