As we approach the New Year, we will be reviewing the major public law issues that impacted public entities in New Jersey. In the area of public employment law, 2016 saw a number of legal developments, including new laws and precedential court decisions. 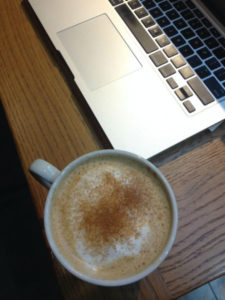 DOL Overtime Law: A federal judge is Texas recently granted a preliminary injunction in a lawsuit challenging the Department of Labor’s (DOL) new overtime rules. The new overtime rule raises the thresholds used to determine whether executive, administrative, and professional employees are entitled to minimum wage and overtime pay protections under the Fair Labor Standards Act (FLSA). The overtime rule decision applies nationwide. For now, New Jersey municipalities should continue to use the old salary thresholds for determining when employees must be paid overtime wages.

Section 1983 Claims: In Heffernan v. City of Patterson, the U.S. Supreme Court held that when an employer demotes an employee out of a desire to prevent the worker from engaging in protected political activity, the employee is entitled to challenge that unlawful action under the First Amendment and 42 U.S.C. § 1983, even if the employer’s actions are based on a factual mistake about the employee’s behavior.

COLA Freeze: In Richard W. Berg v. Hon. Christopher J. Christie, the Supreme Court of New Jersey upheld the cost of living adjustments (COLA) freeze implemented by the Christie Administration under a 2011 pension reform law. In reaching its decision the state’s highest court rejected arguments that the COLA adjustments were just as contractually mandated as the pension payments.

Fitness for Duty Examinations: In the Matter of Paul Williams and Township of Lakewood, the Appellate Division of the New Jersey Superior Court concluded that requiring a public employee to undergo a fitness-for-duty test ran afoul of the Americans with Disabilities Act (ADA). According to the court, “[A]n employer may only require an employee to undergo a psychological fitness-for-duty examination when the employer has a reasonable belief, either through direct observation or through reliable information from credible sources, that the employee’s perceived mental state will either affect his or her ability to perform essential job functions or that the employee poses a direct threat.”

To learn more about the New Jersey public employment developments discussed above, we encourage you to click through to the relevant blog post. You can also contact a member of Scarinci Hollenbeck’s public law practice with any questions regarding how the developments may impact your municipality or agency.