In McCormick v. the State of New Jersey, the Appellate Division considered whether a personal injury plaintiff can avoid the need to obtain an affidavit of merit (AOM) by suing only the public entity and not the licensed professionals. The appeals court ultimately concluded that such circumvention of the AOM statute is impermissible. 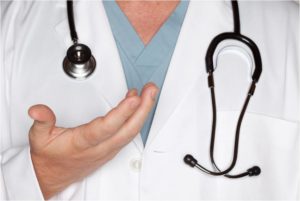 Rutgers University Correctional Health Care, formerly part of the University of Medicine and Dentistry of New Jersey (UMDNJ), was contracted to provide State prison inmates with medical, dental, and mental health services. Plaintiff Anthony McCormick was serving a 20-year sentence at South Woods State Prison (“South Woods”) when he began complaining to prison medical staff of “severe pain in the front area of his head,” for which he was given Motrin. According to plaintiff, no diagnostic tests were conducted, and he was left to “needlessly suffer” for a month without additional medical care.

A month later, McCormick was transferred to St. Francis Medical Center for diagnosis and treatment. A CT scan revealed he was suffering from a “[r]uptured right parietal brain abscess with ventriculitis.” He consequently underwent brain surgery at St. Francis and was discharged back to South Woods “in stable condition.”

Subsequent medical tests revealed cognitive impairment. McCormick filed a notice of tort claim and later filed a two-count complaint against the New Jersey Department of Corrections (NJDOC). No medical professionals or other defendants were named. The suit alleged that the medical staff at South Woods had “careless[ly], reckless[ly], and negligen[tly]” failed to “properly treat [his] cerebral condition, [causing] severe and permanent personal injuries[.]”

NJDOC sought to dismiss the case, arguing that plaintiff had failed to serve it with an affidavit of merit pursuant to N.J.S.A. 2A:53A-27. Plaintiff argued that he was not obligated to provide an AOM because NJDOC, the sole defendant in the case, was not a “licensed professional” or a licensed “health care facility” under the AOM statute. The trial court sided with NJDOC and dismissed the suit.

The Appellate Division held that “an injured plaintiff who alleges that he received inadequate medical care while housed in a government facility cannot avoid his obligation to serve an Affidavit of Merit (AOM) under N.J.S.A. 2A:53A-27 by naming only the public entity as a defendant in his complaint and not suing the individual licensed professionals who provided the allegedly inadequate care.”

“If such professionals while serving the State, or for that matter any other public entity, engage in harmful conduct that deviates from the standards of care of their respective fields of licensure, and a plaintiff claims that the defendant public entity is liable for that harm under agency principles, then an AOM from an appropriate qualified person is necessary to support the lawsuit,” the court explained.

The court rejected the plaintiff’s “hyper-literal reading of the AOM statute,” concluding it did not excuse his failure to supply a proper affidavit to support his claims of medical negligence. “He cannot avoid the important screening mechanism of the AOM statute by suing only the public entity that procured the services of the individual health care professionals who worked at the prison,” the court stated.

However, because the trial court had not held a Ferreira conference―a conference during which “the plaintiff’s obligations under the AOM statute may be clarified and the court and counsel may address the adequacy of any AOM already obtained”―the Appellate Division remanded the matter to the trial court to determine if the sanction of dismissal with prejudice was warranted.