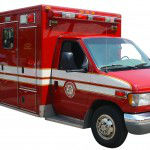 Even though they have important jobs, 9-1-1 operators are not infallible. In Wilson v Jersey City, the New Jersey Supreme Court held that emergency service providers are entitled to immunity from lawsuits unless they recklessly disregard the safety of the public in a way that is “willful and wanton.”  In turn, the Supreme Court asked the Appellate Division to take a look at how the emergency calls in the Wilson case were handled.

So what is “willful and wanton” conduct?

In Wilson, a neighbor called 9-1-1 because someone was “fighting or something” next door.  The caller gave the incorrect address, leading the police to the wrong event location. The police left, not finding the victims of a brutal attack.  In the meantime, the neighbor called again but told another operator that the emergency happened the day before. After being told that he had to clear the emergency line, he did not call back the regular police line.  Approximately 36 hours after the first call, a young surviving victim was found.

The survivor filed suit against the City, claiming that the operators did not follow exactly their own rules and regulations.  Last week, the Wilson Court found that there was no evidence of “willful and wanton” conduct in the handling of the calls. Simply failing to follow the City’s rules and regulations was not enough to prove “willful and wanton” conduct. The dismissal of Plaintiffs’ Complaint was upheld, ending the litigation.

So what is “willful and wanton” conduct?  It may depend. A lot can happen in the “fast-paced and fluid world of 911 operators.”

There are hundreds of recognized emergency call centers in New Jersey. The decisions in the Wilson case surely will impact each of them.

Scarinci Hollenbeck is committed to helping these call centers train their personnel so they are ready and prepared to answer any call. If you have any questions or comments feel free to contact us anytime.