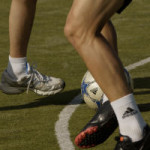 The New York Red Bulls soccer team, owned by Austrian billionaire Dietrich Mateschitz, recently lost their case before New Jersey Superior Court. The team’s stadium is located in Harrison, New Jersey. The appeals court recently upheld the lower-court’s decision that the Red Bulls owe at least $2.8 million in 2010 and 2011 property taxes to the town. The Superior Court held that the property is not used for a statutorily authorized public purpose and thus is not tax exempt.

In 1998, Harrison adopted a plan to redevelop approximately 250 acres of abandoned industrial property located along the waterfront area. To facilitate the plan, the town created the Harrison Redevelopment Agency. The town borrowed $39 million in 2006 to buy and clean the arena site. Hudson County contributed $45 million to pay for a parking garage and the Red Bulls paid $200 million to build the stadium. The soccer team owned the stadium under a 30-year lease with the Harrison Agency. Except for rent, the Agency received no revenue generated by the stadium. With respect to real property taxes, the lease provided as follows:

It is the understanding of the Parties that the [land] and any Leasehold Interest of [Red Bull] in the [land] or Premises by or pursuant to this Lease or the Redeveloper Agreement shall not be subject to real property taxation. In the event that such tax exempt status is contested, the Parties agree to jointly defend such tax exempt status. If the [land] or the Leasehold Interest of [Red Bull] is found to be subject to property taxation, [Red Bull] shall pay all of such taxes[.]

The team has refused to pay the taxes, claiming that the land where the stadium sits is owned by the tax-exempt Harrison Redevelopment Agency.

The Harrison Redevelopment Agency was only statutorily authorized to redevelop the redevelopment area, meaning acquiring and clearing the land, as well as the planning and construction phases of the redevelopment plan. The Court stated that “Red Bull operates the stadium privately for its own economic benefit, not for recreation or activities freely open to the general public.” Thus, the court ruled “that the agency owns the land and stadium, and the property is not tax exempt because it is not devoted to the public use contemplated by the exempting statutes.”

For more information about the lawsuit discussed or the legal issues involved, we encourage you to contact a member of Scarinci Hollenbeck’s Government Law Group.