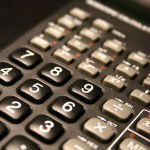 While many don’t give a second thought to the government census forms that arrive in their mailboxes every ten years, they have a profound effect on our political representation. Both congressional apportionment and redistricting must be undertaken after each U.S. census to reflect population changes over the past decade.

In New Jersey, the 2010 U.S. census data reduced the number of seats the state holds in the U.S. House of Representatives. That means, starting in 2013, New Jersey will have one less vote on key pieces of legislation, and one less electoral vote in presidential elections. This was not the first time New Jersey’s delegation has decreased. New Jersey also lost a House seat to redistricting in 1980 and 1990.   However, this time it forced a divisive and expensive primary between two popular incumbent Democrats in Bergen and Passaic County.

The U.S. Constitution requires the government to count U.S. residents every 10 years and report the results to the President by the end of the census year. As the Supreme Court eloquently stated, the Census Clause “reflects several important constitutional determinations: that comparative state political power in the House would reflect comparative population, not comparative wealth; that comparative power would shift every 10 years to reflect population changes; that federal tax authority would rest upon the same base; and that Congress, not the States, would determine the manner of conducting the census.”

It is a reach to find a positive spin, but give this one a try: Considering New Jersey’s history as a small state with only four members of the House of Representatives after the Constitution of the United States was ratified, the state still has a net gain of 8 seats.  That’s about the most positive spin you could give it.

For a short video summary of redistricting, see http://www.youtube.com/watch?v=yu_92RFKiEI&feature=plcp