Gov. Chris Christie recently signed legislation that will strengthen New Jersey’s lead-screening standards for children. The new law is one of several steps that the state is taking in the wake of the water crisis in Flint, Michigan. This summer, the state also implemented new requirements for lead testing in New Jersey schools. 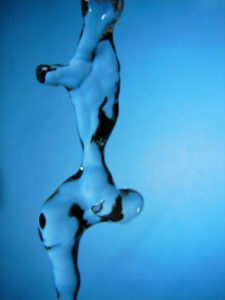 The new law (Senate Bill No. 1830) amends state laws regarding childhood lead poisoning to require that Department of Health (DOH) regulations regarding testing for, and responses to, elevated blood lead levels in children be consistent with the most recent recommendations of the federal Centers for Disease Control and Prevention (CDC).

In New Jersey, the standard for when elevated blood lead levels in children should trigger responsive action is 10 micrograms of lead per deciliter of blood. However, in 2012, the CDC lowered the federal action level to five micrograms per deciliter. The new law will lower New Jersey’s benchmark to 5 micrograms/deciliter and require the DOH to reevaluate the level every two years to ensure that it still reflects current CDC guidance.

“What this new lower lead level means is that more children will likely be identified as having lead exposure, prompting parents, doctors, health officials, and communities to take action earlier to reduce the child’s future exposure to lead,” said Assemblyman Troy Singleton (D-Burlington), a sponsor of the bill. If not detected, lead poisoning can have serious physical and mental health effects on young children and may even cause death.

This past summer, New Jersey’s Department of Education enacted regulations regarding lead testing for lead in drinking water in public schools throughout the state. The new requirements were fast-tracked after lead levels in several school systems were found to be elevated, and many other districts had not tested their drinking water in several years.

The regulations require “testing for lead in all drinking water outlets within 365 days of the effective date of the regulations,” which was July 13, 2016. Districts that complete the testing within the mandated timeframe are eligible for reimbursement from the state.

Under the new regulations, all districts must create a lead sampling plan that will govern the collection and analysis of drinking water samples. Districts must then send samples to a certified testing laboratory for analysis, and make the results publicly available. If elevated lead levels are found, parents must be notified about the results as well as the school’s plan to provide safe drinking water. Going forward, water used for drinking and cooking (i.e. water fountains and school kitchen faucets) must be tested at least once every six years.

For more information about the new lead regulations or the legal issues involved, we encourage you to contact a member of Scarinci Hollenbeck’s Government Law Group.