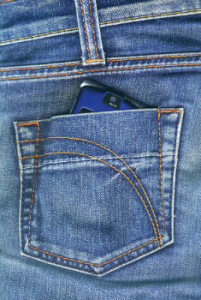 New Jersey municipalities should be aware of a key privacy decision issued by the U.S. Supreme Court late last month. The Court held that police officers must obtain a search warrant prior to reviewing a suspect’s cell phone, even if the search is incident to an arrest.

In the digital age, cell phones can provide a wealth of information to law enforcement. As the justices noted, “Many of the more than 90% of American adults who own cell phones keep on their person a digital record of nearly every aspect of their lives.” Nonetheless, any search of a suspect must comply with the Fourth Amendment to the U.S. Constitution, which ensures the “right of the people to be secure…against unreasonable searches and seizures…” .

In Riley v. California, the Supreme Court addressed if cell phones searches should fall under Fourth Amendment’s warrant requirement or the exception for searches incident to arrest. Under existing precedent, namely U.S. v. Robinson, police officers can conduct searches of an individual, incident to arrest, when it is necessary to protect officer safety and/or prevent evidence destruction.

Ultimately, the Court declined to extend Robinson to cell phone searches. The majority concluded that police may not, without a warrant, search digital information on a cell phone seized from an individual who has been arrested. The Court treated cell phones like briefcases, requiring a warrant before they can be searched.

Modern cell phones are not just another technological convenience. With all they contain and all they may reveal, they hold for many Americans “the privacies of life,” Boyd, supra, at 630. The fact that technology now allows an individual to carry such information in his hand does not make the information any less worthy of the protection for which the Founders fought. Our answer to the question of what police must do before searching a cell phone seized incident to an arrest is accordingly simple — get a warrant.

In so ruling, the Court did leave room for police flexibility, noting that officers would still be permitted to search a cell phone under the “exigent circumstances” exception to the Fourth Amendment’s warrant requirement. By way of example, Chief Roberts explained that a warrantless search would be proper where a subject is “texting an accomplice who, it is feared, is preparing to detonate a bomb, or a child abductor who may have information about the child’s location on his cell phone.”