The Court of Appeals for the Third Circuit recently issued a precedential wage and hour decision that will impact how New Jersey municipalities pay their police and fire personnel.

In Rosano v. Township of Teaneck, the court held that the municipality properly applied the Sec. 207(k) partial overtime exemption under the Fair Labor Standard Act (FLSA), which allows public entities to establish a “work period” of anywhere from seven to 28 days for employees engaged in law enforcement or fire protection activities. 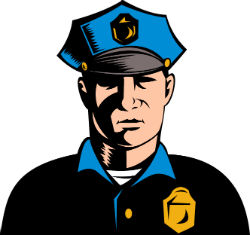 Under the applicable collective bargaining agreement (CBA), police officers work established and regularly recurring work periods of either seven or nine days, which combine so that police officers are required to work an average of 39.25 hours per week over the course of a calendar year. If an officer performs work in excess of his or her normal hours in any tour of duty, that work is considered overtime. The CBA provides for the accrual of overtime pay in blocks based on the amount of time worked after a regular tour. For example, if an officer works less than 31 minutes past his scheduled tour, he receives no overtime; if the officer works between 31 minutes and 44 minutes past his scheduled tour, he receives 30 minutes of overtime, etc.

The Third Circuit affirmed the lower court decision, which held in favor of the New Jersey municipality on all claims.

The Third Circuit rejected the argument that Teaneck failed to properly adopt the Sec. 207(k) exemption by not making its intent to rely on it known. The court noted that the FLSA defines work period “as any established and regularly recurring period of work.” It does not require employers to “express an intent to qualify for or operate under the exemption. Employers must only meet the factual criteria set forth” in the statute.

The Third Circuit concluded that the only “reasonable interpretation” of the CBA provisions regarding muster time was that such time was built into the salaries of the officers. Accordingly, the officers’ daily work schedule is 8 hours and 20 minutes. “Such a reading would therefore encompass the tour of duty, the assignment, and pre- and post-tour muster time,” the court explained.

The Third Circuit concluded that the officers’ donning and doffing time was not compensable under the FLSA. It noted that the CBA did not address the time officers spent donning or doffing their uniforms and gear. Moreover, the union never addressed the issue during contract negotiation. “Those facts certainly establish a longstanding acquiescence on the part of the officers and the unions to a ‘custom or practice’ of non-compensability of change time,” the appellate court concluded.

The court further held that the items officers were required to take on and off were primarily “clothes,” which are excluded under the FLSA in accordance with the Supreme Court’s decision in Sandifer v. United States Steel Corp.