The Appellate Division of the New Jersey Superior Court recently considered an issue previously decided by the Government Records Council: do the identities of pet owners fall under the privacy exception of the Open Public Records Act (OPRA)? In Bolkin v. Borough of Fairlawn, the short answer was no. However, in Rich Bernstein v. Borough of Allendale GRC Complaint #2004-195, the Government Records Council came to the opposite conclusion. 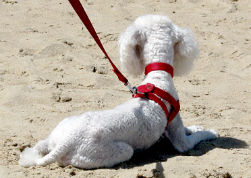 Plaintiff Perry Bolkin filed an OPRA request with the Borough of Fair Lawn (Fair Lawn) seeking “the names and addresses of pet owners in … Fair Lawn.” He requested the information in order to send pet owners political literature informing them of policy positions held by various candidates for office.

Municipal clerk, Joanne M. Kwasniewski, denied the request, citing that disclosure would violate the pet owners’ reasonable expectations of privacy. Bolkin submitted a modified request, which sought “all dog and cat applications on file, or all dog and cat licenses on file, or a list of all licensed dog and cat owners, if it exist[ed],” which was denied on the same grounds. In support of its position, the borough provided certifications from pet owners who objected to having their status as pet owners disclosed. Bolkin subsequently filed suit against Fairlawn and Kwasniewski, in her official capacity as borough’s records custodian.

To determine whether disclosure of the records was appropriate, Judge Peter E. Doyne considered the factors identified by the Court in Burnett v. County of Bergen, 198 N.J. 408 (2009), specifically:

(1) the type of record requested; (2) the information it does or might contain; (3) the potential for harm in any subsequent nonconsensual disclosure; (4) the injury from disclosure to the relationship in which the record was generated; (5) the adequacy of safeguards to prevent unauthorized disclosure; (6) the degree of need for access; and (7) whether there is an express statutory mandate, articulated public policy, or other recognized public interest militating toward access.

Judge Doyne ultimately that concluded that “because the privacy concerns of the individuals … are outweighed by the overall public interest in disclosure through OPRA, defendant[s] must disclose the requested names and addresses.” He specifically noted that names and addresses have traditionally been made available to the public, and that “[t]he disclosure, while potentially causing … possible nuisance due to unwanted solicitation, does not include extremely personal or private information that would … discourage an individual from owning, and properly licensing, a dog or cat.”

The court subsequently entered an order that required the defendants to provide Bolkin with “the names and addresses of people who submitted cat and dog applications in Fair Lawn and acquired licenses[,]” with all other personal identifiers redacted. By consent, Bolkin agreed not to provide the information “to any other person or entity and [to] limit his use of such information to written communications through the mail[.]”

The defendants appealed, arguing that Judge Doyne erred because the disputed records are exempt from disclosure under OPRA’s “privacy exception,” and plaintiff has no “common law right of access” to the records. They specifically maintained that the records were not the “type and kind of government documents” that reflect OPRA’s overriding purpose for disclosure, and that OPRA recognizes “a public agency has a responsibility and an obligation to safeguard from public access a citizen’s personal information with which it has been entrusted when disclosure thereof would violate the citizen’s reasonable expectation of privacy[.]”

The Appellate Division disagreed with the defendants. In a short per curium opinion, the court held that Judge Doyne “carefully considered the issues presented, balanced the interests at stake, and properly concluded that disclosure, with appropriate redaction, was required by OPRA.” The Appellate Division further rejected the argument that it should reverse the lower court’s order or stay its decision because of legislation introduced that would exempt the names and addresses of pet license holders from OPRA, citing the lack of any recent legislative activity.