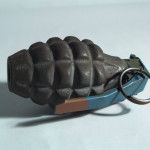 The Third Circuit Court of Appeals recently ruled on an interesting case involving the Borough of Palmyra’s closure of an open-air market located on the site of a military weapons-testing facility. The court ruled that the municipality validly exercised its police power to restrict the owner’s access to the property after the discovery of live munitions. It further held that such actions did not constitute a “taking” requiring compensation.

The dispute in National Amusements, Inc. v. Borough of Palmyra revolved around the closure of an open-air flea market, owned and operated by National Amusements, Inc. (NAI), due to safety concerns posed by unexploded munitions left behind when the site had been used as a weapons-testing facility for the United States Army. The Borough of Palmyra (Palmyra) discovered the munitions during a site inspection performed in connection with a redevelopment project that included NAI’s parcel.

NAI was initially permitted to operate the market on the weekends, while contractors conducted their inspections and remedial work during the week. However, the discovery of an unexploded artillery shell flush with the surface of the market’s parking lot raised concerns of accidental detonation, and the borough issued an emergency order restricting access to the area. During the course of the recovery project, contractors discovered and disposed of hundreds of munitions on the property, both explosive and inert.

NAI subsequently filed suit, alleging that Palmyra’s action (1) was arbitrary and capricious under New Jersey law; (2) violated NAI’s right to procedural due process; and (3) constituted a “taking” without just compensation. As explained by the court, “The gist of the Complaint is that Palmyra overstated the danger posed by the unexploded munitions as pretext to shut down NAI’s economic activity on property Palmyra had been eyeing for redevelopment.”

On appeal, the Third Circuit sided squarely with the New Jersey municipality. With regard to its procedural Due Process claims, the court held that NAI’s private interest in maintaining revenue from the continued operation of the market was substantially outweighed by the overwhelming government interest in protecting the public safety from the danger posed by unexploded munitions. Given the imperative of an efficient response to the threat to public safety, the court found that Due Process did not require that Palmyra provide NAI pre-deprivation notice.

With regards to NAI’s arguments under the Taking Clause, the court concluded that the borough’s actions constituted permissible exercises of the police power, which do not entitle the individuals affected to compensation. As further noted in the opinion, “It is difficult to imagine an act closer to the heartland of a state’s traditional police power than abating the danger posed by unexploded artillery shells.”

Finally, NAI also brought an action under New Jersey law “in lieu of prerogative writ,” which permits a “court [to] set aside a municipal board decision if it is shown to be arbitrary, capricious or unreasonable, not supported in the evidence, or otherwise contrary to law.” Here, the court concluded that even if Palmyra’s public safety motive was pretextual, there were still unexploded munitions on the property. Accordingly, “no reasonable finder of fact could determine that Palmyra acted arbitrarily or capriciously by temporarily restricting access to NAI’s property,” the court concluded.