New Jersey municipalities should be aware of an important U.S. Supreme Court decision addressing the expanded free speech rights of public employees. In Lane v. Franks, a unanimous Court held that the First Amendment protected a public employee when he testified truthfully about fraud in the work place pursuant to a subpoena. However, as the law was not settled at the time, the supervisor who terminated Lane’s employment was protected by qualified immunity from suit. 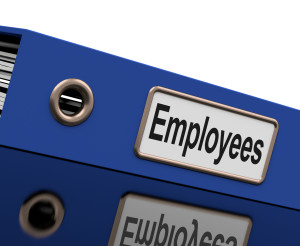 The plaintiff in the case, Edward Lane, served as the Director of Community Intensive Training for Youth (CITY), a youth program run by Central Alabama Community College (CACC). In performing an audit of the program, Lane found that Alabama State Representative Suzanne Schmitz was on CITY’s payroll, although she did not report to work. Lane subsequently terminated Schmitz’s employment, despite warnings that doing so could have negative repercussions.   Schmitz’s firing triggered a federal fraud investigation. Lane testified, under subpoena, at Schmitz’s trial, and she was ultimately convicted.

Not long after his testimony, Lane was terminated by CACC as part of widespread layoffs, which were reportedly prompted by budget troubles. However, CACC’s president, Steve Franks, rescinded all but 2 of the 29 terminations—those of Lane and one other employee. Lane filed suit, naming Franks in his individual and official capacities under 42 U. S. C. §1983. Lane alleged that Franks fired him for providing the court testimony, in violation of his First Amendment rights.

Under prior precedent regarding the First Amendment rights of public employees, a balancing test was employed, weighing “the interests of the [employee], as a citizen, in commenting upon matters of public concern and the interest of the State, as an employer, in promoting the efficiency of the public services it performs through its employees.” Pickering v. Board of Ed. of Township High School Dist. 205, Will Cty., 391 U. S. 563, 568 (1968). With regard to the content of the speech the Court held in Garcetti v. Ceballos, 547 U. S. 410, 421 (2006) that if the speech is made pursuant to the employee’s ordinary job duties, then the employee is not speaking as a citizen for First Amendment purposes.

In Lane , the Court expanded the understanding of when a public employee’s speech was outside the scope of the employee’s job duties – and thus subject to First Amendment protection as a citizen. As explained by the Court, “Sworn testimony in judicial proceedings is a quintessential example of citizen speech for the simple reason that anyone who testifies in court bears an obligation, to the court and society at large, to tell the truth. That obligation is distinct and independent from any separate obligations a testifying public employee might have to his employer.”

The Court reasoned that the Eleventh Circuit Court of Appeals interpreted Garcetti far too broadly in holding that Lane did not speak as a citizen when he testified simply because he learned of the subject matter of that testimony in the course of his employment. According to the Court, “Garcetti said nothing about speech that relates to public employment or concerns information learned in the course of that employment. The critical question under Garcetti is whether the speech at issue is itself ordinarily within the scope of an employee’s duties, not whether it merely concerns those duties.”

Although finding that Lane’s speech was protected by the First Amendment issue, the Court concluded that Franks was entitled to qualified immunity for the claims against him in his individual capacity because the law was unsettled at the time he acted. As noted by the Court, relevant Eleventh Circuit precedent did not preclude Franks from reasonably believing that a government employer could fire an employee because of testimony the employee gave, under oath and outside the scope of his ordinary job responsibilities. This particular question has now been settled.

For more information about this case or the legal issues involved, we encourage you to contact a member of Scarinci Hollenbeck’s Government Law Group. You can also check out a companion post on the Lane v. Franks decision on The Constitution Law Reporter.