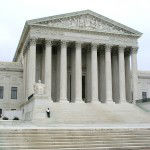 The U.S. Supreme Court recently took a rare foray into state public records access. In McBurney v. Young, the justices unanimously held that public entities are not required to give non-residents access to such records.

The issue before the Court was whether a state may preclude citizens of other states from enjoying the same right of access to public records that the state affords its own citizens. Petitioner Mark McBurney is a former resident of Virginia engaged in a family dispute with his ex-wife, who is a Virginia citizen. Meanwhile, Petitioner Roger Hurlbert is the sole proprietor of Sage Information Services, a business that requests real estate tax records on clients’ behalf from state and local governments across the country.

After their requests under Virginia’s Freedom of Information Act (FOIA) were denied because they were not Virginia citizens, the two men filed suit. They claimed that prohibiting non-citizens from obtaining public records violated both the Privileges and Immunities Clause and the Commerce Clause of the U.S. Constitution.

The Court ultimately rejected both arguments. With regard to the Commerce Clause, the justices concluded that it was inapplicable, noting that Virginia’s public records restriction “does not regulate commerce in any meaningful sense.” It further stated that the law had only an “incidental effect” on Hurlbert’s business.

In this case, the Court rejected what it characterized as a “sweeping claim” that the Virginia FOIA violates the Privileges and Immunities Clause because it denies the petitioners the right to access public information on equal terms with a Virginia citizen. As explained by the Court, “there is no constitutional right to obtain all the information provided by FOIA laws.” Justice Alito further highlighted that most public records access laws did not exist prior to 1966 and that the “Nation’s unity” remained firmly intact prior to such statutes.