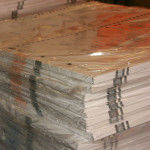 A recent Appellate Division decision reinforces that municipalities need not always rigidly enforce New Jersey election laws. As specifically highlighted by the court, such laws should be “relaxed where enforcement of the right of choice in the election process is unreasonably thwarted.”

Regalado v. Curling involved the interpretation of N.J.S.A. 19:13-16, which provides that when a nominee for public office in a general election “shall, at least 60 days before the day of the general election, in a writing signed by him and duly acknowledged, notify the officer with whom the original petition or certificate of nomination was filed that he declines the nomination, the nomination shall be void.”

On the day set aside for drawing positions on the ballot, Geovanni R. Regalado sought to withdraw as a mayoral candidate for the City of Passaic’s May 14, 2013 municipal election. Even though the ballots had not yet been printed, Amada Curling, in her capacity as Municipal Clerk, refused to accept Regalado’s withdrawal as untimely, relying upon her interpretation of the New Jersey election statute.

Regalado subsequently filed a complaint seeking to enjoin Curling from printing ballots that included his name and directing her to remove his name as a candidate. A Law Division judge concluded that his complaint was time-barred pursuant to N.J.S.A. 19:13-16.

The Appellate Division disagreed. In doing so, it relied heavily on the long-standing precedent that “[e]lection laws are to be liberally construed so as to effectuate their purpose. They should not be construed so as to deprive voters of their franchise[.]

In this case, the Appellate Division found that the lower court erred when it denied Regalado’s request for permanent injunctive relief, and declined to order the Municipal Clerk to print ballots without his name.

As further explained by the panel, “The ballots have not yet been printed.  At the time plaintiff presented his written withdrawal, the positions on the ballot had not yet been drawn.  We reject the City’s contention that printing ballots without plaintiff’s name will cause confusion to the voting public.  Rather, we conclude the greater harm results from plaintiff’s name remaining on the ballot, potentially resulting in a voter casting a vote for a candidate who is no longer pursuing the office, thereby depriving that voter of the opportunity to cast a meaningful vote for another viable candidate.”

For more information about this case or the legal issues involved, we encourage you to contact a member of Scarinci Hollenbeck’s Public Law Group