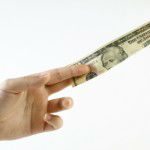 New Jersey’s pay-to-play rules, which prevent companies from entering into public contracts after making significant political contributions, just got a bit tougher for New Jersey businesses. Yet, at the same time, the Appellate Division of the Superior Court of New Jersey provided much needed clarification for New Jersey state agencies when it comes to determining eligibility for public contracts.

The case, In re Appeal of Langan Engineering & Environmental Services, was brought by Langan Engineering & Environmental Services, Inc. The New Jersey Department of Treasury determined that Langan was disqualified from being awarded state contracts because the company had made a political contribution within the eighteen-month period preceding the submission of a bid for a New Jersey Schools Development Authority (SDA) procurement.

Under the Campaign Contributions and Expenditures Reporting Act, N.J.S.A. 19:44A–20.14, the ineligibility period is defined as “the eighteen months immediately preceding the commencement of negotiations for the contract or agreement.” The case specifically centered on the meaning of that phrase.

While the parties offered divergent statutory interpretations, they agreed that the ambiguity stemmed from the fact that, because not all state agencies have the authority to negotiate, not all state contracts have an easily identifiable “commencement of negotiations” period. In the context of entities that use a bid and RFP process, the Treasury maintained that the statute requires disqualification if the political contribution was made within the eighteen months preceding the date that bids are due to the contracting agency. Meanwhile, Langan argued that a business entity may not participate in a government contract for eighteen months after making the contribution.

The court concluded that, in the RFP context, the term “negotiations” means the time when the government agency takes the bids into consideration or scrutinizes them. “Stated differently, because the submission of the bid is the triggering event culminating in the eventual award of a contract, and because the term ‘negotiations’ suggests a point in time at the beginning of the contracting process, in the Chapter 51 context, the term ‘negotiations’ describes the point in time when bids are submitted,” the opinion states.

Hence, the appeals court rejected Langan’s argument that the eighteen-month disqualification period begins the moment the contribution is made and ends eighteen months thereafter. As the court noted, this reading of the statute would require the court to essentially rewrite the statute. “Unquestionably, the Legislature could have written the statute in the manner appellant suggests, but it chose not to do so, instead working backward from ‘commencement of contract negotiations’ rather than, as appellant suggests, forward from the time the political contribution was issued,” the court reasoned.

This case clarifies an important issue of New Jersey government procurement law. New Jersey’s pay-to-play restrictions apply to contracts at the state, legislative, county, and municipal levels of government, and, therefore, it is important for both businesses and government agencies understand the rules.