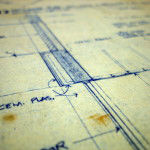 The Supreme Court of New Jersey recently considered whether incorrect lot designations contained in a notice of public hearings on an application for a conditional use approval sufficiently complied with the provisions of the Municipal Land Use Law (MLUL) to confer jurisdiction on the Planning Board. In this case, the court held that a minor, clerical deviation that had no potential to mislead any interested member of the public did not violate the law.

In Northgate Condominium Association Inc. v. Borough of Hillsdale Planning Board, Caliber Builders, Inc. (Caliber) sought to develop a parcel of land commonly referred to as “Golden Orchards” into an age-restricted housing development. A small portion of the parcel is in Washington Township, but the bulk of it is in the Borough of Hillsdale, where it is included in the residential (R-2) zone. Northgate Condominium Association, Inc. (Northgate) manages and operates a previously existing condominium community built on an adjacent parcel of land in Washington Township.

Once the application was scheduled for a hearing before the Hillsdale Planning Board, Caliber arranged for notice to be published in The Record of Hackensack and mailed notice to all property owners within 200 feet of the subject parcel. The notice for the portion of property located in Hillsdale included incorrect tax lot numbers. Among several other objections raised by Northgate, it argued that if the notice published by Caliber did not correctly identify the property that was the subject of the hearing, the Board lacked jurisdiction to proceed pursuant to New Jersey’s Municipal Land Use Law (MLUL).

On appeal, the state Supreme Court held that the developer’s notice of public hearings, although using lot numbers that were not included on the official tax map, did not thereby misidentify the lot to be developed, complied with the provisions of the MLUL, and conferred jurisdiction on the planning board.

As acknowledged by the court, failure to provide adequate public notice, or proceeding upon defective notice, deprives a land use board of authority and renders null and void any decision it has made. In order to be adequate, notice must “inform the public of the nature of the application in a common sense manner such that the ordinary layperson could intelligently determine whether to object or seek further information.”

However, in this case, the court held that the minor misstatement was not fatal because it had no potential to mislead any interested member of the public.

“Simply put, this applicant’s notice, although utilizing lot numbers that were not included on the official tax map, did not thereby misidentify the lot to be developed.  The block number used in the notice was correct.  Had Northgate, or any other interested party, looked at the tax map, it would have been obvious that Lot 1 was a single unified parcel, and not a parcel that had been subdivided formally into two lots called 1.01 and 1.02,” the court explained.