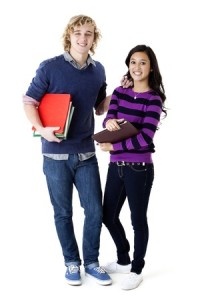 A California superior court judge made headlines earlier this month when he struck down several of the state’s teacher tenure laws as unconstitutional.  Vegara v. California found that the state’s tenure laws deprived students of their right to education as guaranteed by the State constitution and violated their civil rights. Although this lower court decision focused on the particular nuances of the California laws, its review of country-wide tenure laws and sweeping reforms are expected to be felt in other states.

In Vergara v. California, nine public school students challenged provisions of the state’s Education Code:  the Permanent Employment Statute, Last-In, Last-Out Layoff Statute, and Dismissal Statutes. With the backing of the advocacy group Students Matter, the plaintiffs argued that the teacher tenure system allows grossly ineffective teachers to remain in their positions, particularly in schools that serve poor and minority students. The plaintiffs further maintained that the statutes violate the equal protection clause of the California Constitution because they interfere with the students’ fundamental rights to equality of education by adversely affecting the quality of education that they receive from the state.

The California Teachers Association and the California Federation of Teachers, were permitted to intervene, as representative of the interests of the affected teachers.

Citing the seminal U.S. Supreme Court case of Brown v. Board of Education, Judge Treu found that the same constitutional principles apply to the quality of the educational experience as to its facilities.

Reviewed under the rubric of strict scrutiny, the court found that the California tenure statutes “impose a real and appreciable impact on students’ fundamental right to equality of education and that they impose a disproportionate burden on poor and minority students.” Based upon the evidence presented at trial Judge Treu found that the effect of “grossly ineffective teachers” on students, “shocked the conscience.”

With regard to California’s Permanent Employment Statute, which requires administrators to either grant or deny permanent employment to teachers after less than two years on the job, the court concluded that “both students and teachers are unfairly, unnecessarily, and for no legally cognizable reason (let alone a compelling one), disadvantaged…”

Judge Treu also ruled the state’s current dismissal procedures were likewise unconstitutional. He noted that the Dismissal Statutes set forth procedures that were “so complex, time consuming and expensive as to make an effective, efficient yet fair dismissal of a grossly ineffective teacher illusory.” While acknowledging that teachers are entitled to due process, Judge Treu found that the California laws amounted to “uber due process.”

The decision also overturned the state’s “last in first out” statute on the grounds that it saves senior teachers from termination regardless of competence and often at the expense of gifted junior teachers. “The logic of [State Defendants’/Intervenors’] position is unfathomable and therefore constitutionally unsupportable,” the court concluded.

We will be closely following this case through the appeals process. We encourage you to check back regularly for updates.