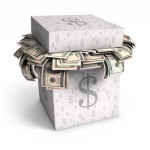 Under the Open Public Records Act (OPRA), custodians may impose a reasonable special service charge when fulfilling a records request that “involves an extraordinary expenditure of time and effort.” Having outside counsel review invoices to redact privileged information does not meet the criteria, according to the court’s decision in Nunnermacker v. City of Hackensack.

In a subsequent email, an attorney for the City explained that because Nunnermacker was requesting over 300 pages of itemized billing, counsel would have to review the documents on a line by line basis for privileged and confidential material so that any such material could be redacted prior to production. He further stated that $450 was required in order to compensate the City for the “extraordinary expenditure of time and effort to accommodate the request” pursuant to OPRA.

Nunnermacker objected to the charge and ultimately filed suit. Seven days later, the City Clerk provided the legal bills without charge, and Nunnermacker sought his fees and costs as the “prevailing party” under OPRA.

The City opposed the request, arguing that it only provided the documents after discovering that redacted invoices had already been provided to another requester. Accordingly, the City argued that it provided the invoices free of charge not because it was abandoning its legal position, but because it seemed unfair to charge Nunnermacker for work that had previously been performed. It further argued that the documents were only provided after Nunnermacker filed his complaint because the City Clerk’s office was overburdened with work.

With regard to the special charge, the court ruled that it was unwarranted. “Having one’s lawyer review that lawyer’s bill for privileged information would appear to be more routine than exceptional; more ordinary than extra-ordinary,” the court concluded in its opinion.

While the court agreed that advice of counsel is often needed when complying with an OPRA request, it noted that “the cost of that advise to the client should be borne by the client who requests it, not the requestor whose request prompts the custodian to seek advice of counsel, i.e., the advice should be the public expense of the City, not the private expense of the requestor.”

The court further concluded that Nunnermacker was entitled to his fees and costs under OPRA given the causal link between the filing of the complaint and the production of the invoices. “Even if Nunnermacker’s suit did nothing more than re-focus the city on his outstanding OPRA request, that too establishes that the lawsuit is what triggered the city’s compliance with his OPRA request,” the court explained.