With New Jersey poised to legalize recreational cannabis, local municipalities have some tough decisions to make. Many are already crafting regulations to either allow or prohibit cannabis dispensaries and other businesses. 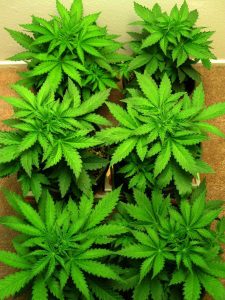 Sen. Nicholas Scutari recently reintroduced legislation that would legalize recreational use of small amounts of marijuana for adults 21 and over. The comprehensive marijuana legislation establishes a robust regulatory scheme for the manufacture, distribution, and sale of marijuana.

Municipalities are also authorized to enact ordinances or regulations, not in conflict with the provisions of the bill,  which address the following:

Some New Jersey cities and towns are not waiting for the state to legalize recreational cannabis before enacting ordinances to regulate it. In December, Point Pleasant Beach voted to ban sales of both medicinal and recreational marijuana. The Point Pleasant Beach cannabis ordinance prohibits businesses from selling medicinal or recreational marijuana within a quarter-mile of schools, churches, residential areas, and marine commercial and general commercial districts. Doing so effectively bans all sales within town limits. Berkeley and Garfield Townships have introduced a similar ordinance.

Meanwhile, some of New Jersey’s largest cities are giving cannabis the green light. Asbury Park and Jersey City have made it clear that cannabis businesses will be welcome. In January, Jersey City Mayor Steve Fulop tweeted:

I’m a supporter of legalization of marijuana + in next few weeks our planning dept is going to clean up JC zoning laws so that we can get ahead of where we’ll allow/not allow dispensaries, grow facilities etc. we want our zoning to be clear w/community input + to avoid lawsuits

Finally, other local governments are still considering their options. Linden has formed a committee to explore the potential impact of marijuana legalization on the town.

The New Jersey State League of Municipalities also announced that it has convened a Task Force on marijuana legalization.  League President Jim Cassella, Mayor of East Rutherford, is chairing, and Clinton Mayor Janice Kovach, 3rd Vice President of the League, is the co-chair. Four subcommittees will examine discrete issues, including but not limited to:

According to the NJSLOM, each of the subcommittees, with membership drawn largely from the League’s Legislative Committee, has its own respective chairs and are meeting via conference call with the objective of reporting back to the Task Force with its own series of comments and recommendations.

We will be closely monitoring the progress of the proposed marijuana bill and will post updates as they become available.

For more information about the proposed marijuana bill or the legal issues involved, we encourage you to contact Michael A. Jimenez, Esq., Counsel and a member of Scarinci Hollenbeck’s Government Law Group.