On October 20, 2014, the Council on Affordable Housing (COAH) reached a deadlock and failed to adopt the proposed “third round regulations.” A motion to table the regulations for 60 days also failed by a three to three vote.

The Supreme Court of New Jersey required COAH to adopt Third Round Rules on or before October 22, 2014 so that they could be published in the November 17, 2014, New Jersey Register. The board has missed the first deadline and, absent emergency action, appears poised to miss the second. 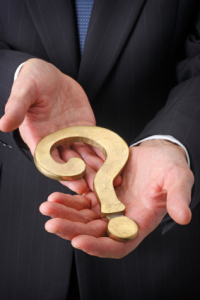 As we have previously discussed on the Scarinci Hollenbeck Government & Law Blog, COAH’s third round regulations have been the subject of intense debate and frequent litigation for over a decade. Last September the New Jersey Supreme Court rejected the previous iteration of COAH’s “third round” rules, which proposed a “growth share” methodology for assessing prospective need in allocating a municipality’s fair share of the region’s need for affordable housing. It set a deadline of February 26, 2014 for COAH to issue new regulations in compliance with the Fair Housing Act.

After COAH missed previous rulemaking deadlines, several groups, including Fair Share Housing Center, filed suit to enforce the court’s order. In March, the court again established a timeline for the adoption of the regulations. In accordance with the order, COAH issued a new set of draft regulations in May and scheduled a public comment period, during which the proposed rules were met with widespread criticism.

The impact of COAH’s failure to implement the rules is still unclear. In its March 14 order, the New Jersey Supreme Court outlined what could happen if COAH failed to implement new rules. The court expressly authorized motions in aid of the litigant’s right to lift the protections provided to municipalities in accordance with the Fair Housing Act N.J.S.A. 52:27D-313. If such a request is granted, the court provided that actions may be commenced on a case-by-case basis or in the form of “builder’s remedy” challenges.

The Fair Share Housing Center, filed a motion in aid of litigants rights with the Supreme Court on October 31, 2014. The motion asks that the Supreme Court allow various trial courts, rather that COAH, to “be responsible” for implementing the Fair Share Housing Act. Such a ruling would lift the restrictions in place on the “builder remedy” lawsuits.

Given the potential impact of COAH’s actions, we will be closely following this issue and any resulting court action. Please stay tuned for updates.

For more information about COAH or the legal issues involved, we encourage you to contact a member of Scarinci Hollenbeck’s Government Law Group.